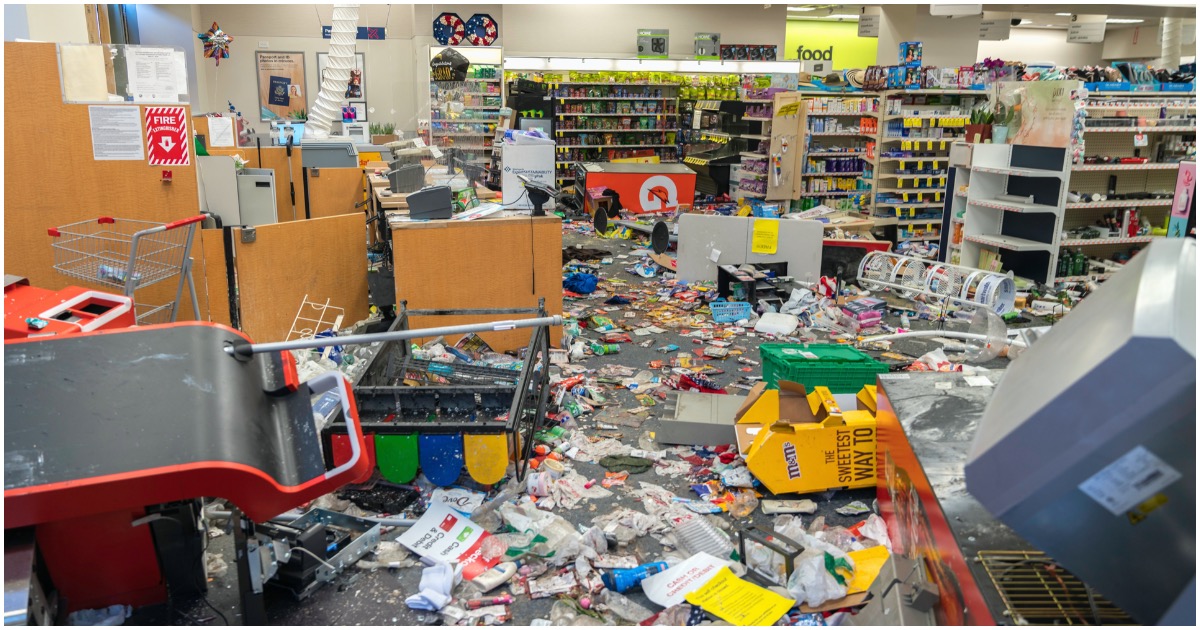 The following article, Author Pens Entire Book Titled, ‘In Defense of Looting’ — Not Satire, was first published on Flag And Cross.

Just so we’re all clear: there’s no defense for looting. How a writer put together an entire article defending the criminal act is pretty remarkable.

Looting is stealing. It is theft. It is taking something that does not belong to you.

Just because a man was shot and killed doesn’t mean you should get a new TV for free.

But sure, lefty, go ahead and justify it. We could all use a good laugh.

In the past months of demonstrations for Black lives, there has been a lot of hand-wringing about looting. Whether it was New York Gov. Andrew Cuomo saying that stealing purses and sneakers from high-end stores in Manhattan was “inexcusable,” or St. Paul Mayor Melvin Carter saying looters were “destroy[ing] our community,” police officers, government officials and pundits alike have bemoaned the property damage and demanded an end to the riots. And just this week, rioters have burned buildings and looted stores in Kenosha, Wis., following the police shooting of Jacob Blake, to which Wisconsin Sen. Ron Johnson has said: “Peaceful protesting is a constitutionally protected form of free speech. Rioting is not.”

Writer Vicky Osterweil’s book, In Defense of Looting, came out on Tuesday. When she finished it, back in April, she wrote (rather presciently) that “a new energy of resistance is building across the country.” Now, as protests and riots continue to grip cities, she argues that looting is a powerful tool to bring about real, lasting change in society. The rioters who smash windows and take items from stores, she says, are engaging in a powerful tactic that questions the justice of “law and order,” and the distribution of property and wealth in an unequal society.

Read more at the NPR link above.

Appears that if the dems/socialists were to take power that America would very soon be another Venezuela and crime would be the name of their game.

She is about as stupid as a box of rocks.