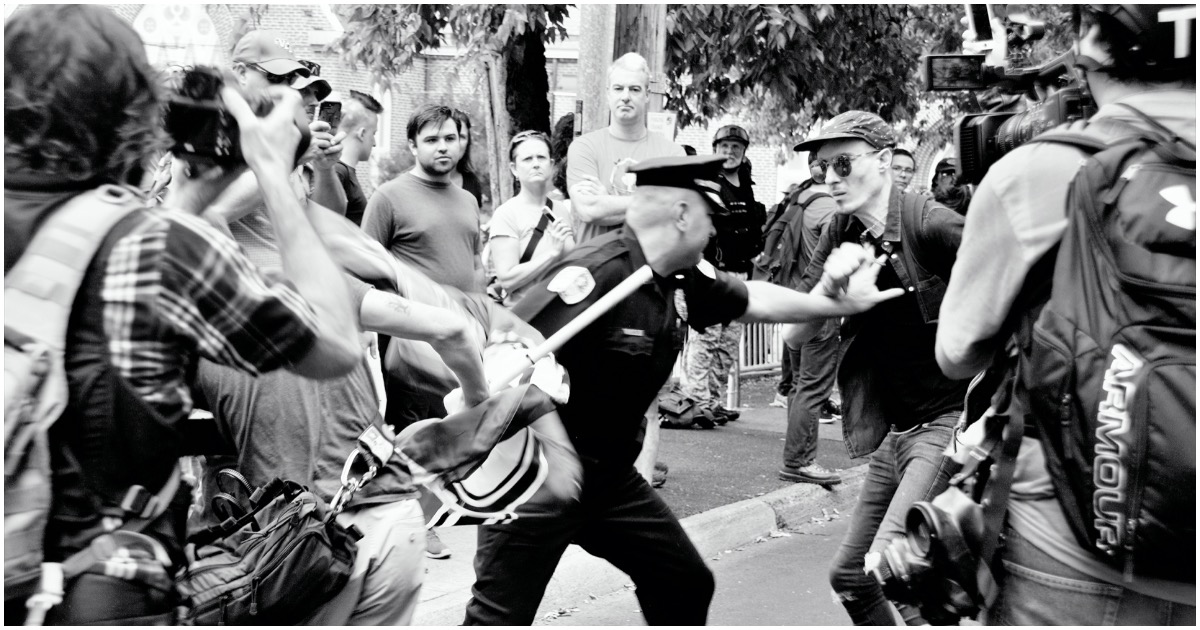 The following article, Virginia Democrats Pass Bill Making It No Longer A Felony to Physically Assault A Cop (Details), was first published on Flag And Cross.

Something needs to change…fast. If it doesn’t, there probably aren’t going to be police officers around for too much longer. Democrats are doing all they can to strip law enforcement of all semblance of power.

As police dispersed antifa rioters in SE Portland, they ran onto people’s property to hide from cops. One home owner goes out and tells them to get out. #PortlandRiots #antifa pic.twitter.com/qMi4KyGGYi

Perhaps a ‘law’ making it no crime to assault a democrat politician?

When the Democratic party changes its name to “American socilist party” Will they still keep the Jack Ass as thier icon. Or will they use the Hammer and cycle.