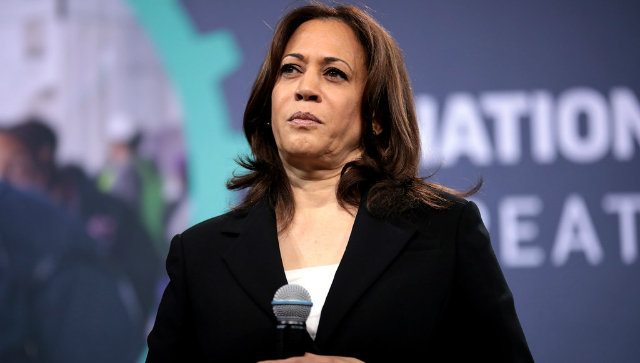 The following article, Kamala Harris Comes Out And Says Officer Who Shot Jacob Blake Should Be Charged, was first published on Flag And Cross.

Sen. Kamala Harris stated that she believes the white police officer who shot Jacob Blake, a black man, in the city of Kenosha, Wisconsin, should be charged in the incident, believing the officer will have a difficult time proving that level of force was justified.

Harris, who is the Democratic Party vice presidential nominee and a California senator, said that she hasn’t seen all of the evidence, but that to her, it didn’t appear that Blake was armed when Officer Rusten Sheskey fired his gun.

“I think that there should be a thorough investigation, and based on what I’ve seen, it seems that the officer should be charged,” she told NBC Friday.

“Everyone should be afforded due process, but here’s the thing: In America, we know these cases keep happening. And we have had too many black men in America who have been the subject of this kind of contact, and it’s gotta stop,” Harris said.

“Nobody’s gonna be punished. It’s a standard. Come on. Nobody likes to wear a mask. This is a universal feeling,” she said. “The point is, this is what we, as responsible people who love our neighbor, we have to just do that right now.”

This is the problem with modern day liberals. Everyone is ready to punish the person who pulled the trigger without looking at all of the evidence and examining the situation in its proper context.

Add to that fact we’ve somehow managed to transform sexual predators like Blake into heroes, and well, is it any wonder our culture is so screwy. The Bible says woe to those who call good evil and evil good.

We are most certainly living in those kind of times.

Continue reading: Kamala Harris Comes Out And Says Officer Who Shot Jacob Blake Should Be Charged ...