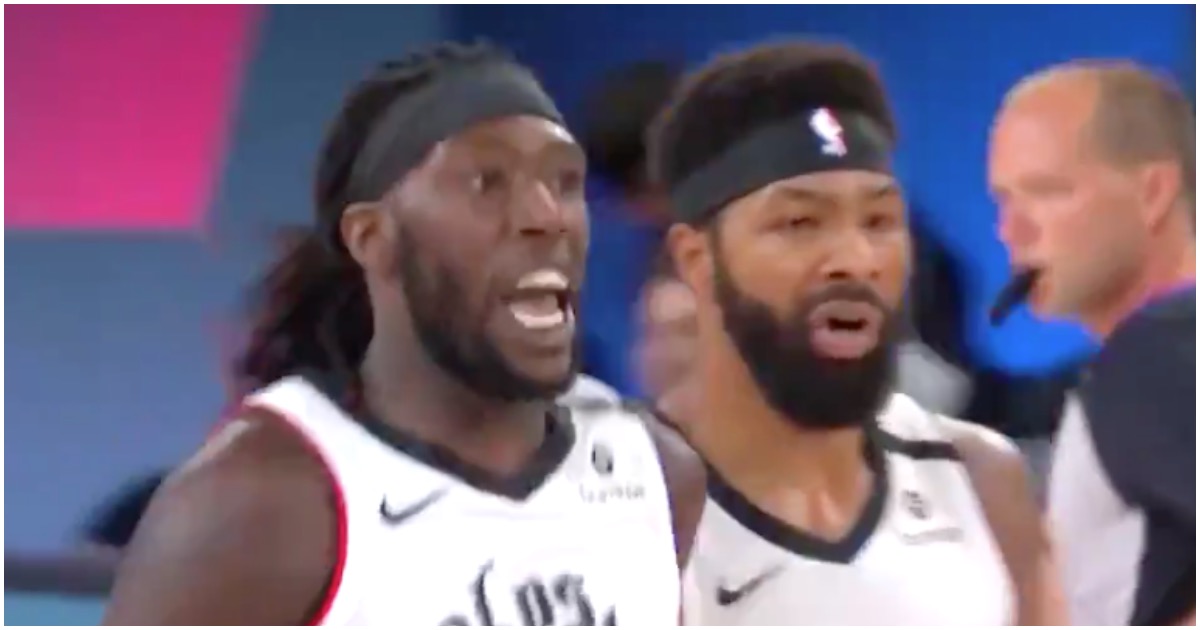 The following article, ICYMI: NBA Player Denigrates Slovenian Star On Court, Calls Him ‘B— A— White Boy!’, was first published on Flag And Cross.

Isn’t it great how some people call for “equality” but don’t live by the words they preach? How can you say one thing and do the other? Not only is that wrong and hypocritical, it’s just ridiculous.

In a world where everyone is offended by everything, fair has to mean fair for all.

You’ll understand in just a second.

A black NBA player appeared to make a racial remark to a white NBA player after a heated confrontation during a game on Friday night while the players were wearing jerseys that had special social justice phrases printed on the back.

“LA Clippers forward Montrezl Harrell and Dallas Mavericks Slovenian star Luka Doncic got into a scuffle last night that ended with Harrell calling Doncic a ‘b***h a*s white boy,’” Outkick columnist Gary Sheffield Jr. wrote. “The solution here is simple, even if many won’t like it: the NBA has to suspend Montrezl Harrell and send a message that race-based derogatory comments like his on the basketball court won’t be tolerated. The NBA has already set this precedent with gay slurs on the court, why not with racial-based insults as well?”

Regarding the @dallasmavs @LAClippers game last night & the words we all know that came out of Montrez Harrell’s mouth.. pic.twitter.com/pLfZ1ryfll

That’s racist ! Is anyone going to loot, burn and riot over his statement?