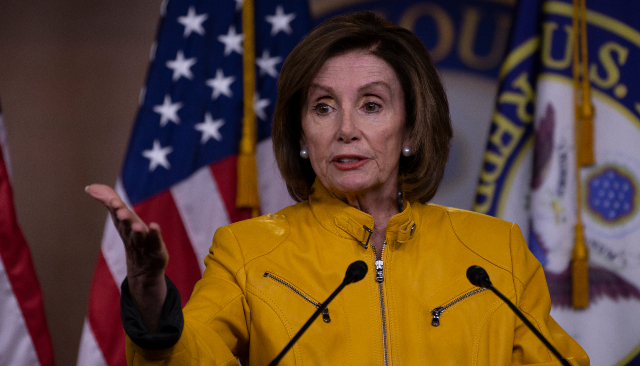 The Democratic Party apparently has zero faith in presidential nominee Joe Biden, because many folks within their ranks keep encouraging the basement recluse to ditch the presidential debates that are rapidly approaching.

Speaker of the House Nance Pelosi is the latest such individual to suggest such a thing, proving that even those in the high ranks of the party don’t think Biden possesses the mental faculties to debate Trump on live television, despite their claims to the contrary.

“I don’t think there should be any debates,” the California Democrat told reporters.

Three presidential debates are scheduled between Sep. 29 and Oct. 22, and Biden has committed to participating, but a growing chorus of Democrats have suggested that he skip going head-to-head with Trump on the debate stage.

According to Pelosi, the previous debate behavior of the president is why they don’t want Biden to debate him, but let’s be real. They’re afraid Biden is going to embarrass himself and the Democratic Party beyond the ability to recover.

“So, I think that he’ll probably act in a way that is beneath the dignity of the presidency,” the speaker said. “He does that every day, but I think it will also be little what the debates are supposed to be about. I don’t think that he should dignify that conversation with Donald Trump.”

Biden needs to be at these debates. The American people deserve to hear the policy platform of both candidates and of their respective parties so they know what they are in for should they choose either one of them to cast a ballot for.

If Democrats are terrified of the gaffe stricken Biden making a fool of himself, they should’ve pushed for a better candidate.