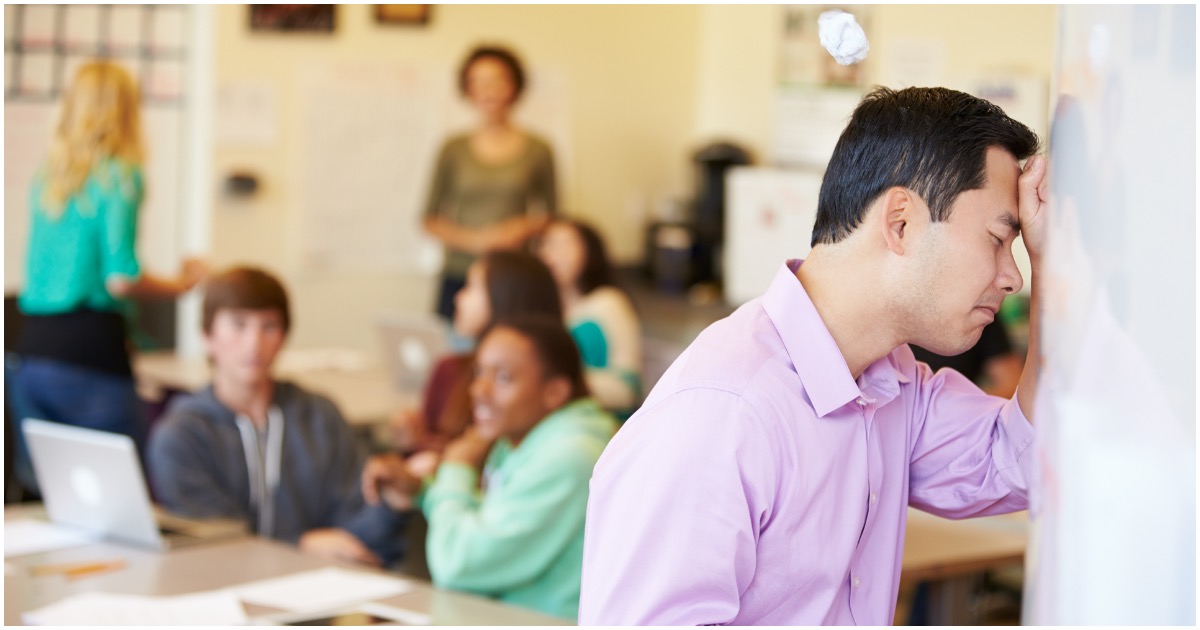 The following article, Disruptors Aid No One, Especially Themselves — Opinion, was first published on Flag And Cross.

For many years, while my daughter was in middle school, and then high school, and even after she graduated, I volunteered on career day to teach in classrooms about being an author and speaker. Other parents in other professions did the same. I eventually gave it up because, invariably, one or two of the students in each class simply could not sit still. These were 14 and 15 year olds.

One certainly could engage in a long sociological discussion about their behavior and what prompts it. They would be disruptive, make one line comments, sit on their desks, make loud noises, intentionally seek to distract me, and diminish the quality of interaction in the room.

The other students listened rather attentively. Some asked serious questions and most seemed thankful for the session. You could see the look of disdain on their faces when others sought to disrupt the class. They had witnessed such intentional disruption before.

Perhaps you might think that these students were forced to be in such classes; however, all of these classes were elective. Students signed up for the presenter in the field in which they were interested, or at least feigned interest.

On what turned out to be the last time that I would volunteer in this capacity, and after my last session, I went downstairs to the school office. I told the vice principal and a secretary the reason why I would not return in the future. The secretary, earnestly, but confidentially told me that other presenters had shared the same experience. This was in 2014, deep into President Obama’s sixth of eight years in office.

If I had been a full-time teacher, rightly or wrongly, the unprovoked, continuing belligerence of some students would have changed my perception about the profession and about such students. Was I naive in thinking that I could make my annual presentation and remain unscathed? Perhaps it was simply a matter of time before I ran into such belligerence, but I don’t think so.

What happened was a progression: All students in my earlier years were polite. Then, in subsequent years, some disruptors began to emerge in small ways. Then, they set about to openly flaunt classroom decorum.

Undoubtedly, long before I arrived on the scene, at least subconsciously, the disruptors incrementally determined what they could get away with, in a variety of situations, without penalty. I surmise that they were constantly testing the waters – with substitute teachers, instructors, coaches, trainers, and any adult authority figure with whom they felt they could gain leverage.

To No One’s Benefit

Don’t discount the impact of belligerence in the classroom or anywhere else in society. It is real and destructive. Presently, municipal city police officers from Portland to Kenosha to numerous other cities face constant war zone-like conditions. It’s my guess that such intense, daily experiences have a deleterious effect on their homeostasis, well-being, judgment, and reflexes.

In that regard, U.S. police officers face more conflict than many soldiers in war zones and suffer the same type of traumas such as PTSD. One can’t help but wonder to what their daily, repeat-exposure to domestic war zones leads. Perhaps PTSD like symptoms are at the root of some highly unfortunate, fatal encounters in recent times.

Liberal Mayors and city-councils, in Democrat-run municipalities, who do not support their police forces, are playing a dangerous game with all of the citizens whom they were elected to govern. It is difficult enough in non-riotous times to walk the beat without constant fear of harm. Bill de Blasio-type mayors end up helping no one, and indeed, hurting many.

The media machine censors news items about those who act aggressively, but only in the ‘progressive’ imagination are police officers invariably at fault, and the array of perpetrators that they encounter are universally law-abiding and upstanding citizens.

Continue reading: Disruptors Aid No One, Especially Themselves — Opinion ...