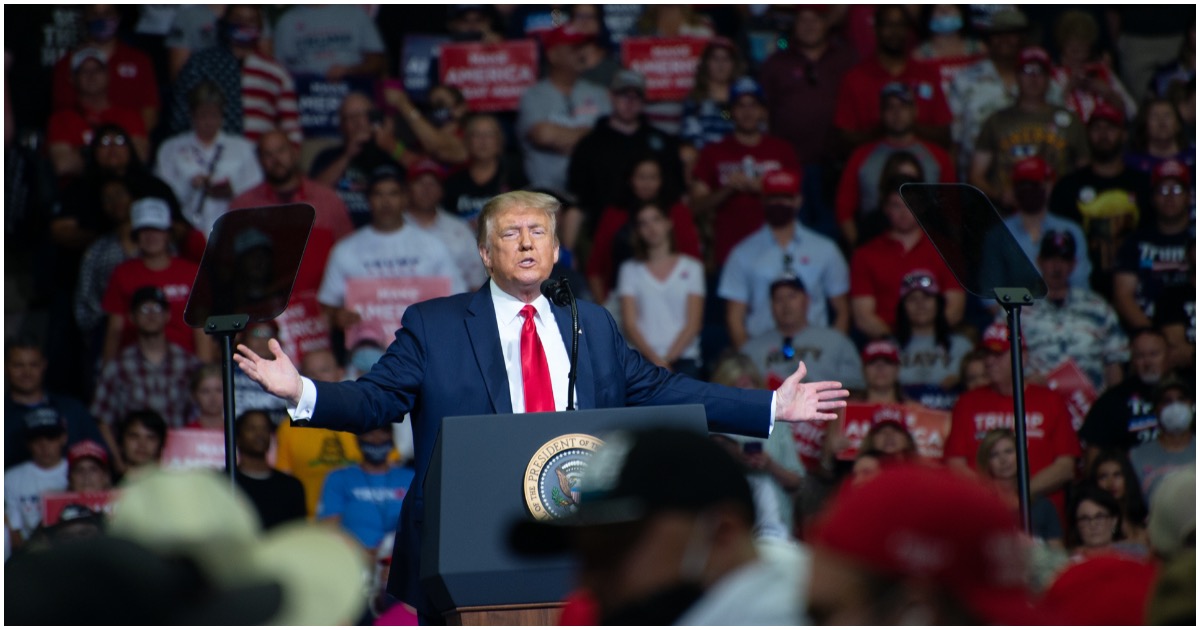 The following article, Zogby Poll Has Trump At All-Time Peak, Up With Blacks & Even With Democrats (Details), was first published on Flag And Cross.

Buoyed by blacks and independent voters, as well as urban dwellers shocked by the Black Lives Matter protest violence raging in some cities, President Trump’s approval rating has hit a new high, according to a survey heavy with minority voters.

What’s more, his approval rating among minorities was solid and, in the case of African Americans, shockingly high. Zogby said 36% of blacks approve of the president, as do 37% of Hispanics and 35% of Asians.

Here we go — Trump pops to 52%: ‘Best job approval rating on record,’ up with blacks, even Democrats https://t.co/HTshyKDdEh pic.twitter.com/bOPB2TB2Qo

Last night @donlemon called for the rioting to end, "because it's showing up in the polling."

What polling? The media polling after the DNC Convention that was never released over the weekend.

Yes, folks, it exists. You’re just not allowed to see it. https://t.co/yjm1UUdfmf

Continue reading: Zogby Poll Has Trump At All-Time Peak, Up With Blacks & Even With Democrats (Details) ...

Oh, no dems! But perhaps you can ‘win’ the election by expanding your usual voter fraud? Can add to the illegal’s & dead people’s votes with your ‘mail-in-vote scheme which will be heavily corrupt and all for the dem/socialist candidate…..