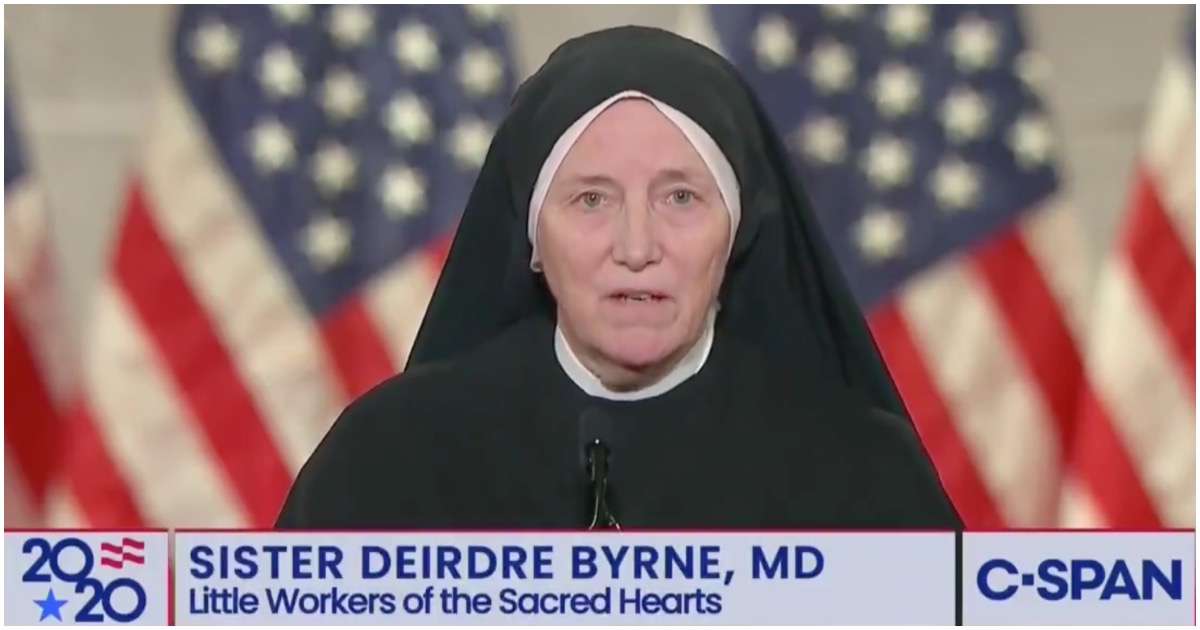 The following article, ‘Most Anti-Life Presidential Ticket Ever’ — Former Doctor Turned Nun Lectures On Biden/Harris, was first published on Flag And Cross.

Joe Biden has promised to be the most progressive president in American history. He’s made good on that promise as a candidate by selecting radically far-left California Senator Kamala Harris to be his vice presidential running mate.

If elected in November, America immediately begins down a very slippery slope toward a liberal “utopia.”

Sister Dede Byrne of the Little Workers of the Sacred Hearts of Jesus and Mary slammed the Democratic presidential ticket during night three of the Republican National Convention, saying that they are the most anti-life ticket in American history.

Check out the videos below, featuring pro-lifers being harassed and attacked simply for being pro-life.