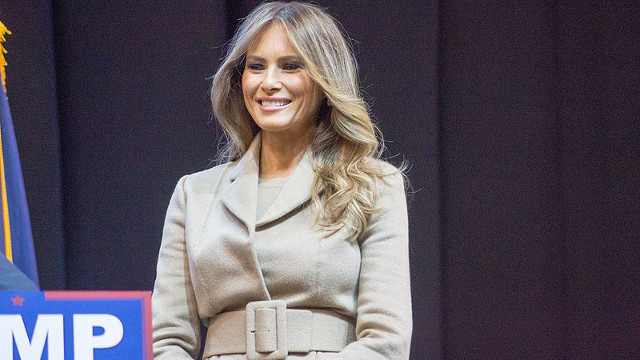 The following article, Melania Trump Delivers Powerful RNC Speech: ‘I Believe We Need My Husband’s Leadership Now More Than Ever’, was first published on Flag And Cross.

First Lady Melania Trump, one of the classiest women we’ve ever had in the role, delivered the keynote address for the Republican National Convention from the Rose Garden Tuesday evening, offering a much needed softer touch about her husband, our current president, as he seeks a second term amid a global pandemic.

These are words we all desperately needed to hear. A speech like this proves the First Lady is a valuable asset not only to Trump’s reelection campaign, but also to our nation as a whole.

“My husband’s administration will not stop fighting until there is an effective treatment or vaccine,” she vowed. “Donald will not rest until he has done everything he can to help everyone impacted by this terrible pandemic.”

Trump expressed gratitude to medical professionals working at personal risk to themselves to help the afflicted. She also thanked military personnel, first responders, and their families, calling them “heroes” in their own right. Trump celebrated 100 years of women’s suffrage.

“I know I speak for my husband and the entire family when I say we have not forgotten the incredible people who were willing to take a chance on a businessman who had never worked in politics,” she said.

“Let us remember that we are one nation under God, and we need to cherish one another,” the first lady said.

Folks, this is what class looks like. It’s been awhile since we’ve had someone with real, legit class in the White House, but it is certainly refreshing to have that now.

Melania Trump’s voice will go a long way toward winning over centrist women who might have previously been on the fence about who they were going to support come November. Here’s to hoping that the words of the first lady resonated with average Americans who are tired of the fear and chaos that has ripped our nation apart.