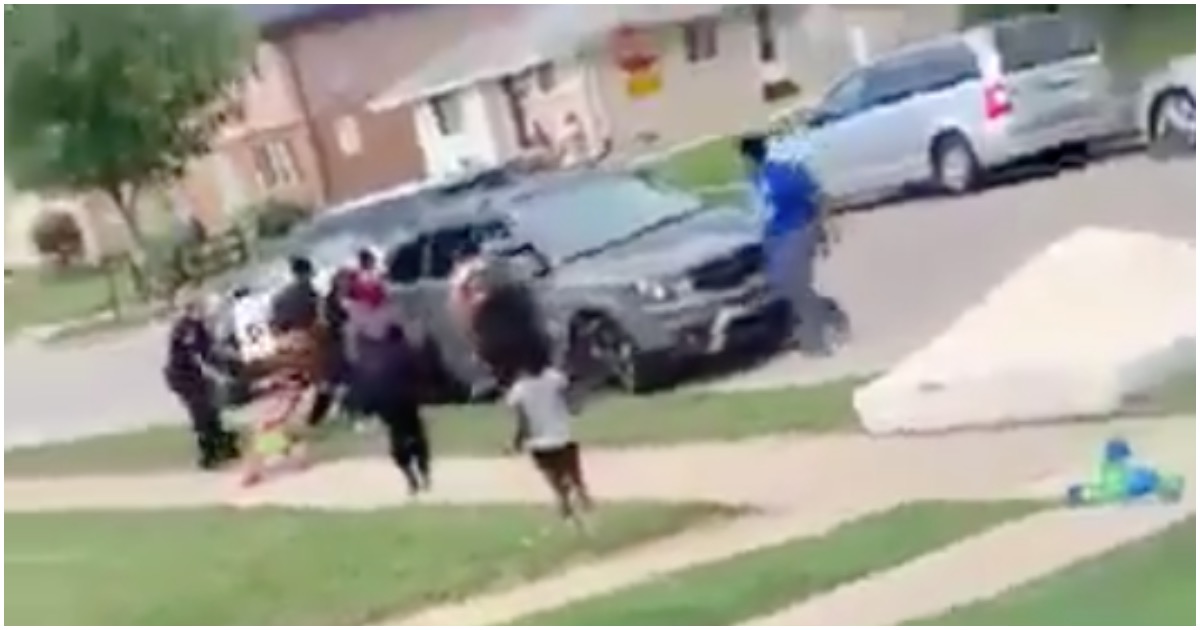 The following article, New Video Shows Jacob Blake Fighting With Cops, They Tell Him to ‘Drop the Knife’ (Video), was first published on Flag And Cross.

As usual, the radical left instantly jumped to conclusions about the shooting of Jacob Blake – facts be damned. The only reason cops shot him was because they were racist and white, they’ll scream.

The thing is, Dems fail to mention the rest of the story.

You know, like Blake apparently had a knife on him; that Blake got into a physical confrontation with the cops; that Blake refused to stay away from his van after he was ordered to.

A key eyewitness in the police shooting of Jacob Blake on Sunday in Kenosha, Wisconsin, says that police told Blake to “drop the knife,” though he himself did not see Blake carrying a knife at the time.

The eyewitness has been identified by the Associated Press as Raysean White, and as the person who made the original cellphone video of the shooting.

More from The Daily Wire:

The new video also gives greater detail about the surrounding neighborhood and shows several families who apparently witnessed the shooting.

“New footage from a different angle has emerged of the moments before Jacob Blake, a Black man, was shot multiple times in the back by a White Wisconsin cop as Blake tried to get into his vehicle, according to a report,” Fox News said Tuesday. “An officer appears to be trying to restrain him before he manages to get up and walks to the driver’s side door, the clip shows.”

Here's a video of the shooting that happened in Kenosha, Wisconsin. This video shows the shooting of Jacob Blake from a different vantage point. pic.twitter.com/d2CYIis6Zm

Here are the thoughts of NBA star LeBron James, a political know-nothing if there ever was one…

Shut up and dribble, ‘Bron.