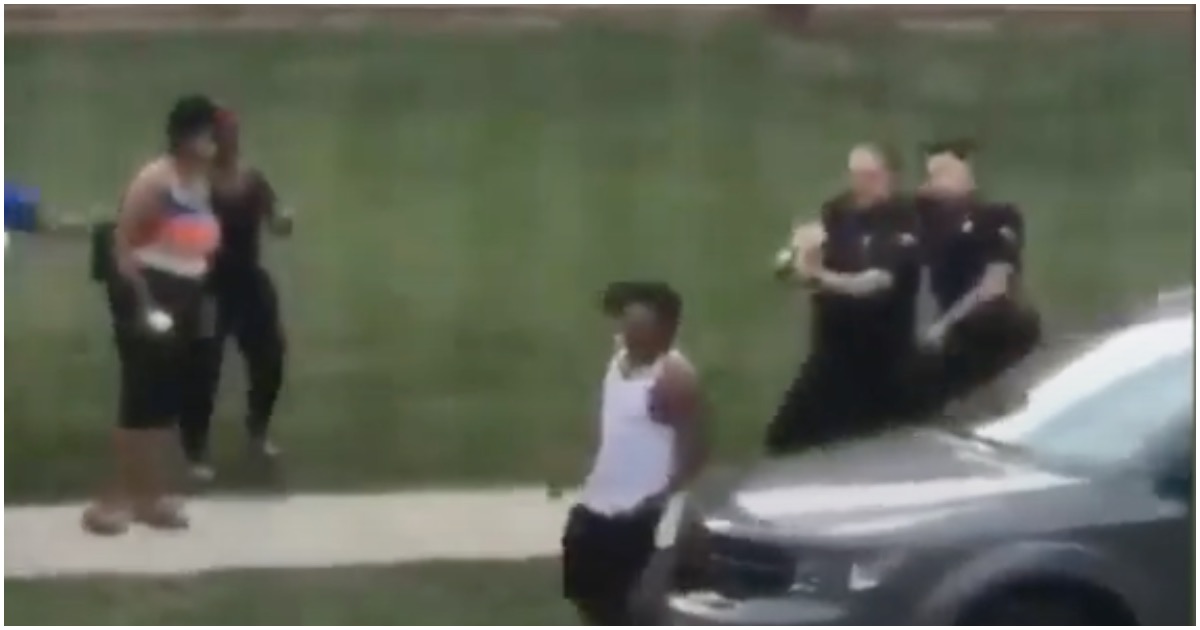 The following article, Wisconsin Man Repeatedly Resisted Arrest, Reached Into Van After Cops Told Him Not To, was first published on Flag And Cross.

Not all of the facts have come to light regarding the death of Wisconsin man, Jacob Blake. However, we do know a little bit. As a sane person might expect, police officers didn’t fire on Blake for no good reason.

They weren’t out to “get” another black man.

In reality, Blake refused to comply, resisted arrest, and did exactly what he was told not to do.

Funny how rioters and liberal celebrities like LeBron James fail to mention those key points when tweeting to their politically uninformed fanbases.

From Matt Walsh at The Daily Wire:

Media reports indicate that police arrived on the scene in response to a domestic disturbance. They tried to arrest Blake, who allegedly resisted even after a taser was used on him. Blake then walked around his car with multiple officers pointing their weapons at him. As he opened his door and reached inside, he was shot seven times. He’s currently alive, though in critical condition.

Neighbors claim that Blake was trying to break up a fight between two women before the cops showed up. That hasn’t been confirmed, but according to the Philadelphia Inquirer, there was a warrant out for Blake’s arrest, charging him with multiple crimes, including sexual assault. “Online court records indicate Kenosha County prosecutors charged Blake on July 6 with sexual assault, trespassing and disorderly conduct in connection with domestic abuse,” the outlet reports. “An arrest warrant was issued the following day.”

What we are left with, for now, is a man who chose not to comply with lawful orders and instead opened his car door and leaned inside even as police guns were trained at him at point-blank range. As always, the dearth of evidence and context has not stopped the media, protesters, and politicians from leaping to drastic and firm conclusions.

Wisconsin’s liberal governor is already going the Obama route and blaming the shooting on racism.

Tonight, Jacob Blake was shot in the back multiple times, in broad daylight, in Kenosha, Wisconsin. Kathy and I join his family, friends, and neighbors in hoping earnestly that he will not succumb to his injuries.

While we do not have all of the details yet, what we know for certain is that he is not the first Black man or person to have been shot or injured or mercilessly killed at the hands of individuals in law enforcement in our state or our country.

We stand with all those who have and continue to demand justice, equity, and accountability for Black lives in our country—lives like those of George Floyd, of Breonna Taylor, Tony Robinson, Dontre Hamilton, Ernest Lacy, and Sylville Smith.

And we stand against excessive use of force and immediate escalation when engaging with Black Wisconsinites.

I have said all along that although we must offer our empathy, equally important is our action. In the coming days, we will demand just that of elected officials in our state who have failed to recognize the racism in our state and our country for far too long.

Continue reading: Wisconsin Man Repeatedly Resisted Arrest, Reached Into Van After Cops Told Him Not To ...

Time to take America back and away from these criminals using their riots to loot, burn, and kill Americans. All force required should be used by the police and if the other criminals then riot, time to use any & all force needed to put them down. Should be plenty of jail cells available as the dems have released manu criminals, likely many of those now confronting our police officers.

Police made a big mistake. You don”t tell a black person what to do.
they are above the law.