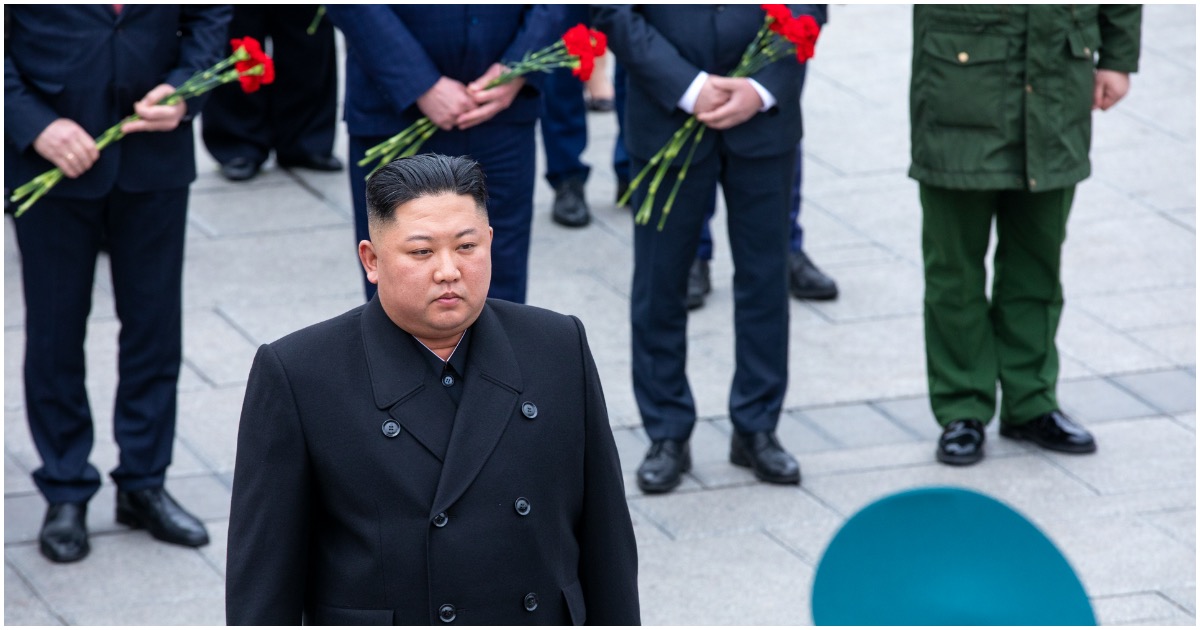 The following article, Report: North Korean Dictator Kim Jong-Un Is In A Coma — Details, was first published on Flag And Cross.

It wasn’t along ago that North Korean dictator Kim Jong-un disappeared for a long while, prompting rumors of his death after a botched cardiovascular surgery. We’ll most likely never know what actually happened.

It was said that Kim was at a private resort with a harem of sex slaves. More on that at this link.

Now, here’s the latest our of the hermit kingdom – From Mirror:

North Korean dictator Kim Jong-un is claimed to be in a coma which “could spell disaster for the country”.

The former aide to South Korea’s late president Kim Dae-jung made the claim about the leader days after he handed over some powers to his younger sister.

A few days ago the National Intelligence Service (NIS) announced Jong-un will still “exert absolute power” but he will gradually transfer his authority to Kim Yo-jong “to ease stress”.

Remember back during the 2018 Winter Olympics when Kim’s sister gave Vice President Mike Pence the side eye and liberals were all about it?

Currently the hermit kingdom’s director of the propaganda department, Kim Yo Jong could potentially become the next leader of North Korea. If not her, it could possibly be Kim’s brother, Kim Jong Chol.

Power has traditionally passed through male heirs, but the 36-year-old despot has no male adult children — leaving Kim’s brother and sister as the most obvious choices to replace him as ruler, according to various reports.

#Gravitas | The mystery over the health of Kim Jong Un has triggered intense speculation over succession. Who can succeed the North Korean leader? @palkisu gets you the answer. pic.twitter.com/AkqKuMw1Cl

With Kim Jong Un reportedly in "grave danger" after a surgery, author and columnist @GordonGChang reflects on the future of North Korean leadership.

"There's no sign that there's been a succession plan… there are a lot of Kim's around but none of them are really suitable." pic.twitter.com/XfP3TnwTst