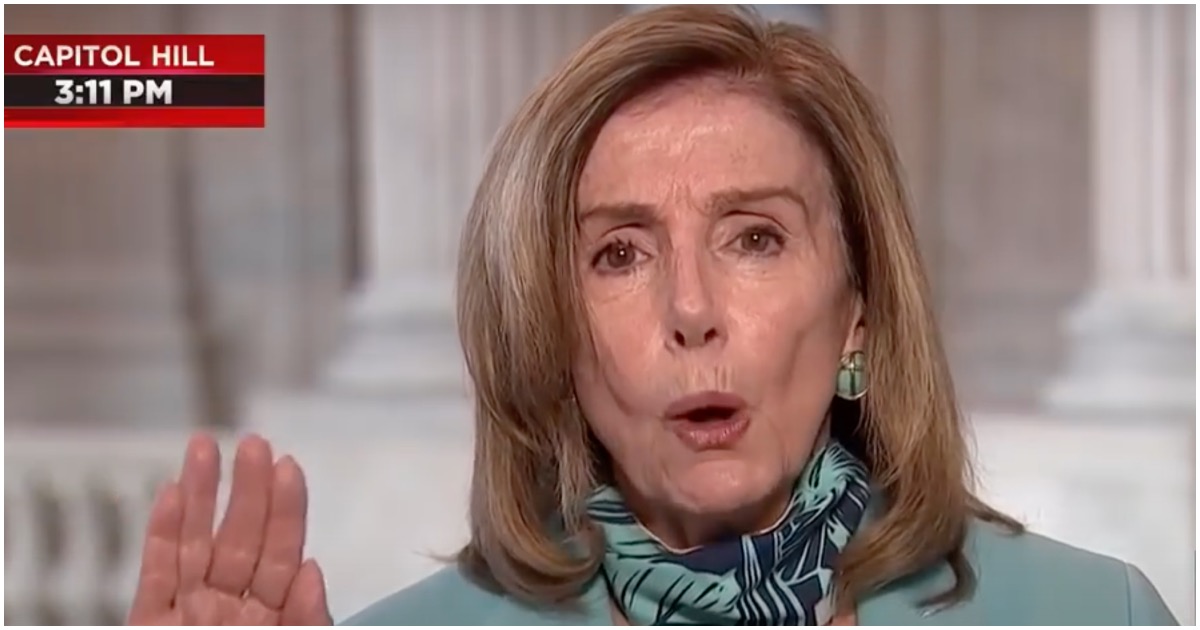 The following article, Pelosi: Trump & Republicans Are ‘Domestic Enemies’ — ‘Enemies of the State’ (Video), was first published on Flag And Cross.

It’s always great when you hear a Democrat say something about taking an oath to defend the Constitution. It’s so funny how they trash the Constitution at every possible opportunity, then attempt to use it to their advantage when advantageous.

We Americans realize & know who is the true enemy of America and it’s the democrats of the democrat political party. Their only agenda is to obstruct the best interests of America as they continue their efforts to re-gain political power over Americans. When politicians condone and assist by covering the riots & looting by the criminal arm of the democrat party they reveal the dem’s real goals, to re-take political power by any means possible. Anyone supporting that political party is part of the effort to turn America into socialism and eventually communism, ‘when they run out of other… Read more »

Isn’t this hilarious. The real Domestic Enemies (Democrats and Liberals (stooges for progressives) are calling the Good Guys the enemies.

These days, it is easy to figure out exactly what nefarious schemes the Democrats have for America, all you have to do is listen to what they accuse the Good Guys (Trump) of doing and you will know exaclty who they are and what they are doing.

They are the Domestic Enemies, they are manipulating and suppressing the free vote through fraud and cheating, they are destroying America.

The only enemy the Trump administration is guilty of is that it is the enemy of the liberal socialist state.

The only enemies here in America are the Democrats and their leader Pelosi. Pelosi and her gang of Socialist terrorists have brought havoc to our country. They have supported the destruction of America’s cities by BLM and Antifa rioting, looting and burning down businesses. Attacking the police and anyone who disagrees with them. This old lady should be put behind bars for the rest of her life.

The Piglosi witch (and I’m being kind) is obviously confused. I for one have been watching long and hard all of the riots, hate and mayhem that has been occurring across the country and it is being committed by none other than the hate mongering “Domestic Terrorists” known as Democraps. Just look at their strongholds, NYC, Philadelphia, Baltimore, Washington D.C., Chicago, Detroit, Seattle, Portland and the list goes on and on. I wasn’t thrilled about the 8 years of Obummer but did not go out and riot, burn, destroy and kill. I just waited him out. Need to start pushing… Read more »