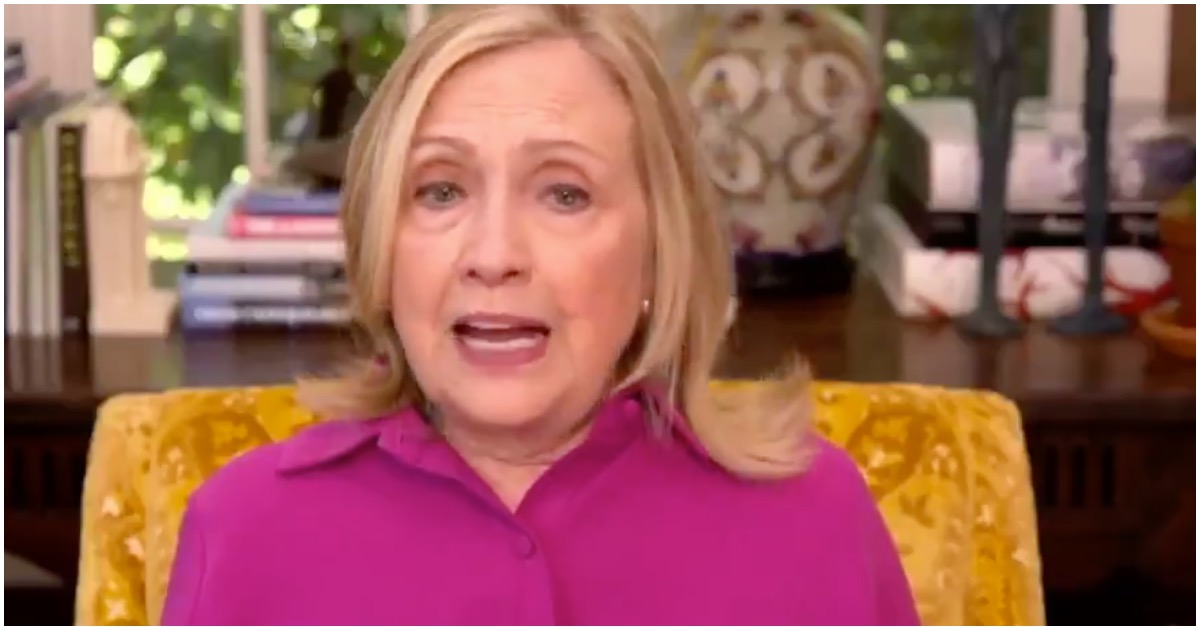 The following article, Hillary Says Dems Will Try to Steal Election – ‘Biden Should Not Concede’ For Any Reason, was first published on Flag And Cross.

Hillary Clinton doesn’t want Joe Biden to concede the presidential election “under any circumstances,” even if initial results aren’t in his favor. Didn’t she say it would be a threat to democracy if Trump did something like this in 2016?

Why would it drag out? Because what she’s really saying that if the ballots aren’t going their way or if it’s close, they are going to fight every little thing in the courts and try and use the courts to win this election. Which ultimately means chaos will ensue on election night and for the days and weeks (and months) afterward.

Hillary Clinton says Democrats are going to try to steal the election:

“We’ve got to have a massive legal operation, I know the Biden campaign is working on that… Joe Biden should not concede under any circumstances” pic.twitter.com/SJ14vHPJyk

Clinton (and all Democrats) hate protests when they’re not for a liberal cause. Likewise, she hates guns because she thinks they are bad.

Combine lockdown protesters with patriots who carry weapons, and you give the twice-failed presidential candidate enough ammunition to call proud Americans domestic terrorists.

Some 200 protesters turned out for Thursday’s event, where one demonstrator was seen carrying an American flag with a doll hanging by a noose. The event mirrored a similar protest at the end of April, during which hundreds of protesters — many armed with rifles — entered the Capitol.

One man is reportedly facing charges over death threats to Whitmer, and Newsweek reports there have been posts online calling to lynch her as well as suggestions to crowdfund for a hitman.

Armed men storming a legislature to disrupt its democratic proceedings is domestic terrorism. It cannot be tolerated.https://t.co/NcCFgA5COE

“We knew they(CBS) were coming, had no clue we were going to have to like do FAKE PATIENTS” – RN, Cherry Health

Continue reading: Hillary Says Dems Will Try to Steal Election – ‘Biden Should Not Concede’ For Any Reason ...

Oops, hillary. You are admitting just what all American already know, that the dems/liberals are all out to ‘steal’ the election. Your illegal’s & dead people’s votes weren’t enough so now the dems have come up with their ‘mail-in-votes’ scheme. We all know that if that’s allowed it will include millions of false votes, all for dems and will throw the election into extreme and fatal corruptness.