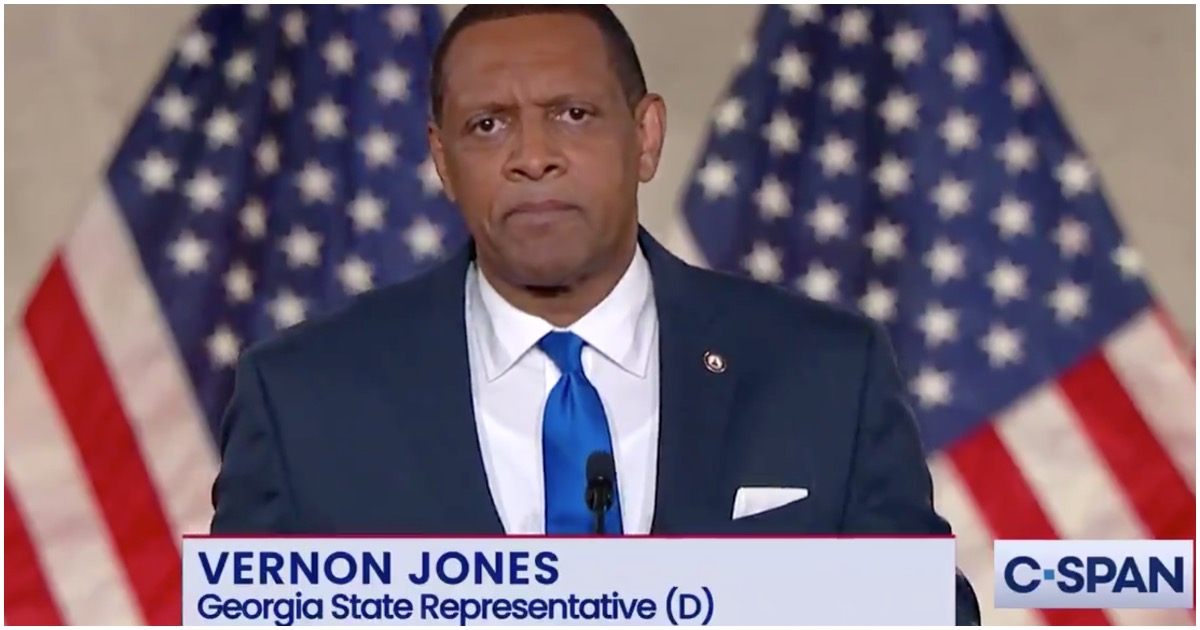 The following article, Dem Lawmaker Slams Own Party At RNC Convention, Says They Are ‘Infected’ With ‘Bigotry’, was first published on Flag And Cross.

Vernon Jones has repeatedly bashed his own party, often taking the side of President Trump and Republicans. The reason is simple: liberals don’t do anything to help the American people.

Every four years, Dems love to pander and bloviate. Then, for some crazy reason, nothing gets done when they are elected to office.

Georgia State Representative Vernon Jones (D) slammed his own party during the first night of the Republican National Convention on Monday night, saying that they have become “infected” with “intolerance, bigotry, socialism, anti-law enforcement bias, and a dangerous tolerance for people who attack others, destroy property, and terrorize our communities.”

“The Democratic Party does not want Black people to leave the mental Plantation they’ve had us on for decades,” Jones said. “But I have news for them: We are free people with free minds. I am part of a large and growing segment of the Black community who are independent thinkers. And we believe that Donald Trump is the President that America needs to lead us forward.”

.@RepVernonJones: "The Democratic Party does not want Black people to leave their mental plantation. We’ve been forced to be there for decades and generations."

There’s no chance a black man could support Trump of his own volition, right?

Of course he’s being paid to back a white man whose policies aim to keep African-Americans down, right??

Continue reading: Dem Lawmaker Slams Own Party At RNC Convention, Says They Are ‘Infected’ With ‘Bigotry’ ...

The politicians of the democrat political party are infected with corruptness also and will do & say anything to re-gain power in America.