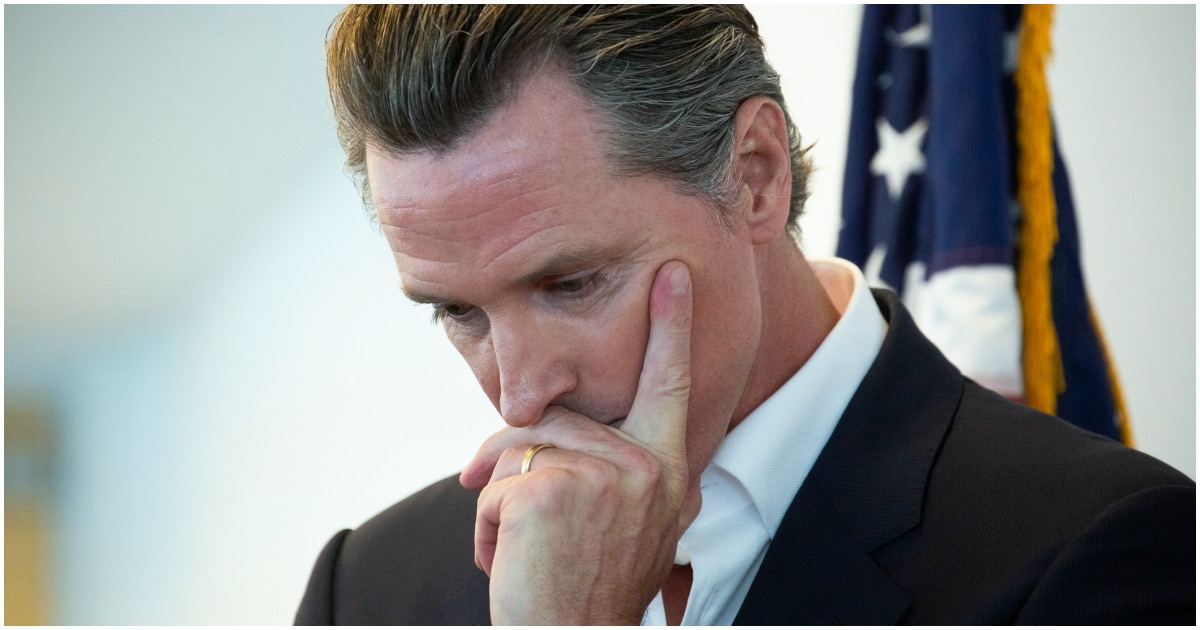 The following article, Newsom Collected Salary Despite Saying He Wouldn’t, Ordered State Workers’ Salary Cut By 10%, was first published on Flag And Cross.

Due to an “oversight,” the chief executive of the Golden State has asked for his salary to be reduced retroactive to July 1. However, did it take this news going public for Gavin Newsom to make the request?

Check this out, from ABC7:

SACRAMENTO (KABC) — Gov. Gavin Newsom has reportedly been collecting his full salary despite a promise to cut his own pay when he ordered state workers’ paychecks be reduced by 10%.

At the time, Newsom vowed to slash his pay because of the state’s economic crisis brought about by the coronavirus pandemic.

But, according to data from the State Controller’s Office obtained by the Sacramento Bee, the governor has continued to draw his full salary, which is $210,000 a year.

When wildfires were raging in California, the left saw yet another chance to blame President Trump and Republicans.

Even though liberals know the fires are not caused by “climate change,” they’ll scream it from the rooftops until the uninformed predictably falls in line.

Libs love to take advantage of the ignorant. It’s how they stay in power.

Because of the Golden State’s “leadership,” a once great state has become a cesspool for all things negative.

And Trump wasn’t about to let Newsom get off scot-free.

The Governor of California, @GavinNewsom, has done a terrible job of forest management. I told him from the first day we met that he must “clean” his forest floors regardless of what his bosses, the environmentalists, DEMAND of him. Must also do burns and cut fire stoppers…..

..Every year, as the fire’s rage & California burns, it is the same thing-and then he comes to the Federal Government for $$$ help. No more. Get your act together Governor. You don’t see close to the level of burn in other states…But our teams are working well together in…..

….putting these massive, and many, fires out. Great firefighters! Also, open up the ridiculously closed water lanes coming down from the North. Don’t pour it out into the Pacific Ocean. Should be done immediately. California desperately needs water, and you can have it now!

You don’t believe in climate change. You are excused from this conversation. https://t.co/PSt8N39Er5

California is haven for drug addicts and illegals who have soiled your once great cities with used needles and feces.
This is the future of progressivism. Own it.

Then why are so many folks leaving California for the great state of Texas?! Rolling right on out of there. Keep sending them to Texas. Let’s just hope they know to #KeepTexasRed

Gov. Pelosi’s nephew is a liar and a fraud – not really news… he’s a DemonKKKrat! They just spent 4 days spewing lies, confident their sheeple would vote for their soul-sucking, nation-destroying, suicidal agenda.