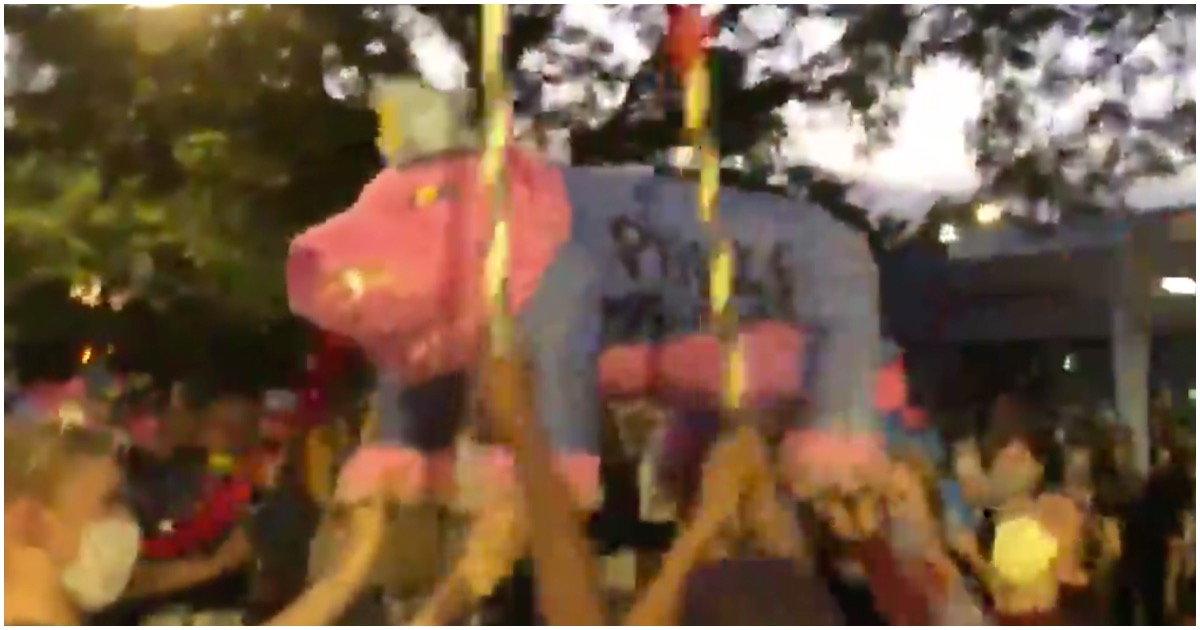 The following article, BLM Dance Around Severed Head of ‘Piñata Pig’ — ‘Signifying Police & Their Funding’ (Videos), was first published on Flag And Cross.

Where’s the logic in crucifying all police officers because one cop did something wrong? Isn’t that the equivalent to blaming all black people because one might’ve robbed a convenience store?

Isn’t that called racism or profiling or whatever the word is these days?

If you said no, there’s a decent chance you’re voting for Joe Biden in November.

BLM celebrating over the severed body of a piñata pig symbolizing a police officer in Chicago pic.twitter.com/0V7N4Vs9v7

BLM activists marching with piñata pig heads with what appears to be a symbol of blood coming out of the bottom of the pig head in Chicago pic.twitter.com/PZr3D0JeLQ

Now, though, and most likely forever more, sports and politics will be intertwined.

The head coach of the University of Memphis football team, Ryan Silverfield, announced that his team will wear “BLM” stickers on their helmets this season, apparently making them the first Division I football team to do so.

Silverfield tweeted, “This season, for every game, our student-athletes’ helmets will have a BLM sticker. #ALLINagainstRACIALINJUSTICE.” He told The Memphis Commercial Appeal, “The use of the BLM logo on a helmet decal was an idea from our student-athletes. It doesn’t mean we support any anti-American, violent organization or hate group or any specific political party. In fact, I love this country and I love our players. Rather the decal is a show of support to our team.”

A statement from the school:

Who would be the first people that these idiots would call if/when they get in trouble?