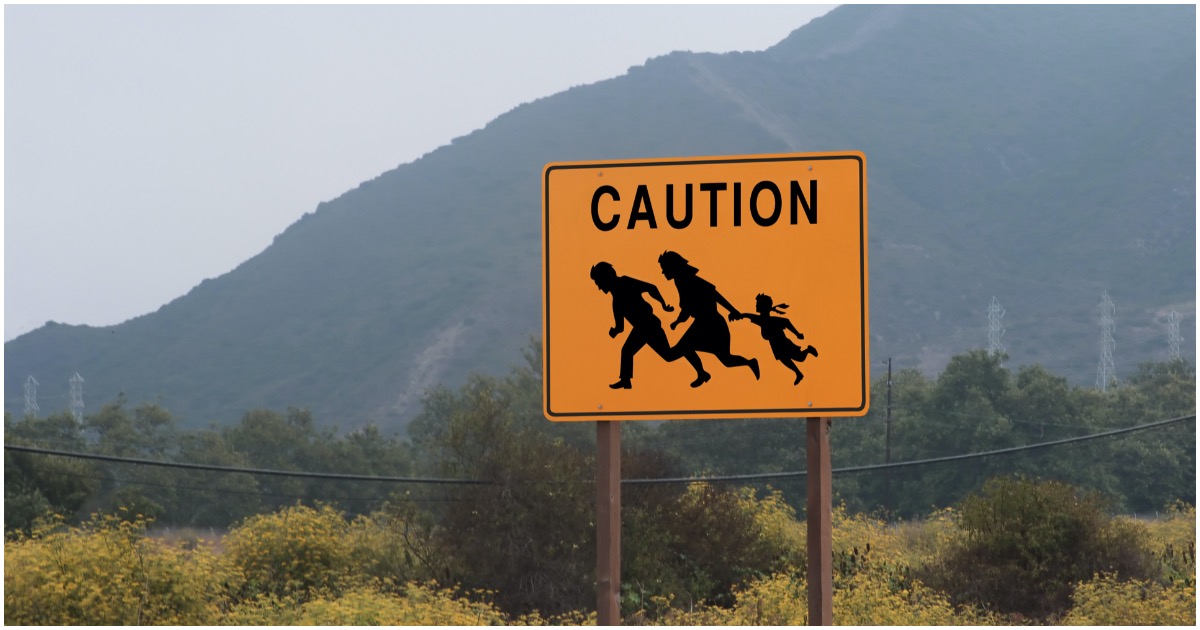 The following article, The Only Reason Democrats Care About the Undocumented — Opinion, was first published on Flag And Cross.

Democrats virtue-signal endlessly about the fate of migrants who seek to cross our borders. Don’t fall for the ploy. Consider these questions: Why do many on the Left raise alarms about unvaccinated children attending our nation’s schools, but are at ease with having unvaccinated immigrants illegally entering the United States?

Why do those on the Left display outrage at every turn over the potential for foreign interference in our elections but are comfortable allowing non-citizens among us to vote in our elections?

How do thousands of migrants, who travel hundreds or thousands of miles along treacherous roads to reach our borders, appear to be well fed, fully hydrated, in excellent spirits, and ready to climb walls? How, exactly, is all of this possible?

Many of the same migrants, who apparently have abandoned what is otherwise considered to be impoverished situations, arrive with expensive smart phones, walking boots, backpacks, and a variety of other gear and accoutrements that represent a visible contradiction to their reasons for departing at all. Who is paying for the trek? From where does the support come?

Politicians on the Left, movie stars, and legions of other virtue-signalers rant about what a terrible place the United States is. They promise to move out of the country, but they never actually do so. Concurrently, each and every day, massive waves of people attempt to enter this awful country.

Why do pictures of children in chain-linked compartments, which the media refer to as cages, who sleep on cushions atop of a concrete floor, all stem from the Obama Administration, when Jeh Johnston was the Secretary in charge, but are attributed to the Trump Administration? Why aren’t the pictures more recent than 2014?

Do you surmise that the children who came from terrible conditions are happy to be sleeping in an air-conditioned building, with adequate food, water, bathrooms, and medical attention? In the face of their ability to watch cartoons and play games with one another, do you suppose that their plight is disastrous? Even at a young age, these children sense that they are in a country that is special.

All the screams about migrant conditions were conveniently ignored from 2009 to 2016 when conditions were worse, the policies were more stringent, more people died during the trek, and more families were separated. Did the ‘woke’ crowd care then? Did the protesters and rioters care then? If not, why not?

Bill Clinton signed into law the now-controversial policy that would separate children from their parents, and it was Barack Obama who vigorously enforced that law. As a result of the policies of his predecessors, Donald Trump inherited a bad situation and made dramatic, positive steps, to find a solution to this decades-long problem. Did the mainstream media inform you of those realities? Or, are you happy to dwell in the mainstream media bubble, where news is manufactured, slanted, and contorted every day to fit an agenda?

Why such an uproar about immigrants and children in 2017 to 2020, but not from 2010 to 2016? There is only one reason, why the Left feigns concern for illegals today: 80% or more of the immigrants to this country, if they become part of the voting process, initially vote Democrat. If 80% or more initially voted Republican, the Democrats’ concerns for immigrants would stop on a dime.

Democrats realize that unless they undertake major recruitment to re-supply their diminishing ranks, they might no longer win presidential elections. They are desperate to import new voters, indoctrinate the young, scare the old, and even impoverish the middle class. Their aim is to drum up enough fear about the opposition to induce people to vote for their disastrous policies and their socialist politicians.

The Country Be Damned

Without hesitation, Democrats will drive a wedge between young and old, rich and poor, black and white, and indeed promulgate any demographic rift that they can to preserve voters. As huge numbers of African-Americans and Hispanics begin to favor Donald Trump, the mainstream media (the promotional arm of the Democrat Party) will conjure up more stories about prejudice, racism, and xenophobia all attributed to their opponents.

When Democrats, the party hoaxes, cannot keep their hoaxes at the forefront, they turn to another and another. Their first hoax, regarding illegal immigrant invasions, was that there was no crisis at the border. They loudly proclaimed this, even as Obama’s Secretary of Health, Jeh Johnson stated that the crisis was real, and even when numerous others saw the magnitude of the crisis firsthand.

Quickly switching gears, the Democrats then gave up that hoax for the next one: ‘People were being mistreated,’ then, ‘Children were sleeping in cages,’ then, ‘People are dying at the hands of detention center administrators.’ On and on it goes.

Until now, if you’ve fallen for such hoaxes, okay. Understood. The relentless drumbeat of the media and their big lies can be compelling. If you fall for the hoax from this day on, you’re not only everybody’s fool, you’re your own best fool.

Continue reading: The Only Reason Democrats Care About the Undocumented — Opinion ...

Dems are all about power, as in so desperate to regain political power over Americans that they have no regard for America as a nation. If those dems were to believe that the illegals they are wanting to sneak into America were going to ‘vote’ for conservatives and not for the liberals that they do, those dems would demand machine guns on the border.