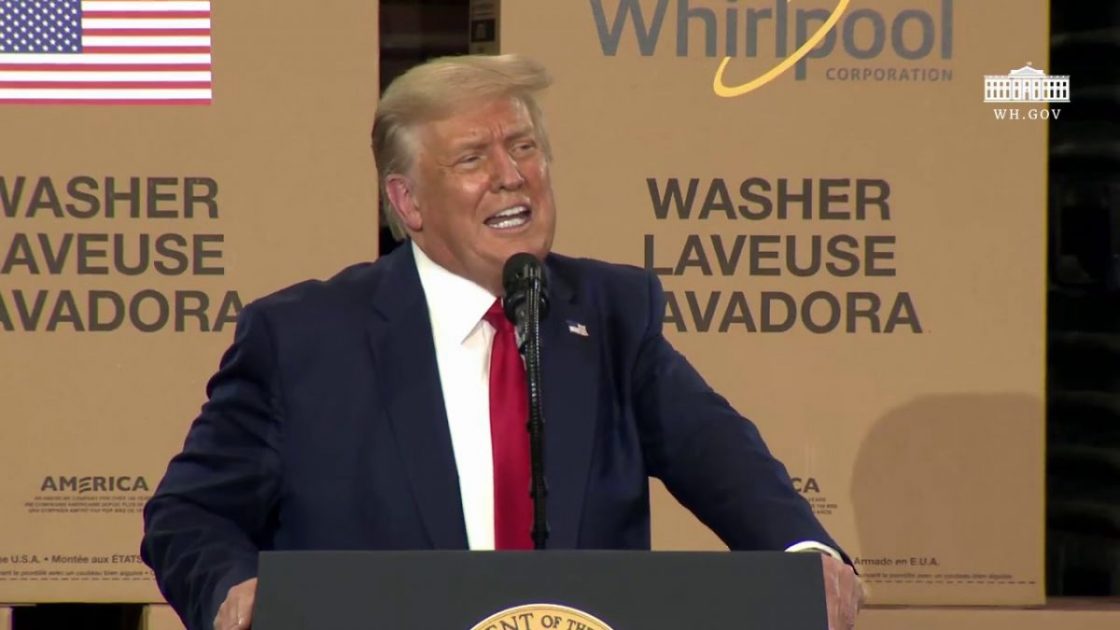 The following article, Trump Bashes Goodyear Again, Says ‘I Would’ Take Their Tires Off Limo, was first published on Flag And Cross.

President Donald Trump is on the warpath against tire company Goodyear after documentation was released showing that they were going to ban MAGA gear from being worn in the store, but were totally cool with folks rocking Black Lives Matter stuff and anything supportive of the LGBTQ community.

The president has come out now and stated that he is very much open to removing Goodyear tires off of the presidential limousine, which he has affectionately dubbed as “The Beast.”

All of this right as the company’s stock plummets.

“Well, I’m not happy with Goodyear because what they’re doing is playing politics. And the funny thing is the people that work for Goodyear — I can guarantee you I poll very well with all of those great workers in Goodyear,” Trump said during a press conference regarding whether he wanted the federal government to stop buying and using Goodyear products.

“And when they say that you can’t have ‘Blue Lives Matter,’ you can’t show a blue line, you can’t wear a MAGA hat, but you can have other things that are Marxist in nature, there’s something wrong with the top of Goodyear,” Trump continued. “And what the radical left does is they make it impossible for people to do business if they’re Republican or if they’re conservative. They put out all sorts of effort: ‘Don’t shop there.’ They do vicious things, not so different than what you saw on the streets of Portland two nights ago.”

“If they — if they want to hold political speech, if they want to let you not do what everybody is doing; if they want to wear a MAGA hat or if they want to wear a ‘Blue Lives…’ You know what “Blue Lives Matter,’ right? That’s policemen and women. That’s a terrible thing. That’s a terrible thing,” Trump continued. “So they’re using their power over these people, and these people want to wear whatever it is that we’re talking about. You know that. And so I would be very much in favor if people don’t want to buy there. And you know what? They’ll be able to get a good job — because we set a jobs record over the last quarter, as you know. The most jobs ever in the history of our country. You’ll be able to get another good jobs. I think it’s disgraceful that they did this.”

A bit later the president was asked if he would want to swap out the tires on The Beast with a different brand, he said, “Yeah, I would do that.”

“I would — I would swap them out, based on what I heard,” the president said. “We’ll see what happens. Hey, look, you’re going to have a lot of people not wanting to buy that product anymore, and they’ll buy from a competitor — made in the USA, too.”

This saying is really picking up steam as our culture becomes more and more obsessed with political correctness, creating all kinds of ridiculous standards that simply cannot reasonable be applied to human beings.

Goodyear is about to learn this lesson the hard way. The real question, of course, is whether or not they’ll get the message and loosen up their policy or double down on it.

A lot of people have said they won’t support Goodyear. I never did. Funny thing, i was in the repair business, and sold tires, and would not handle their crap, or their private label crap.