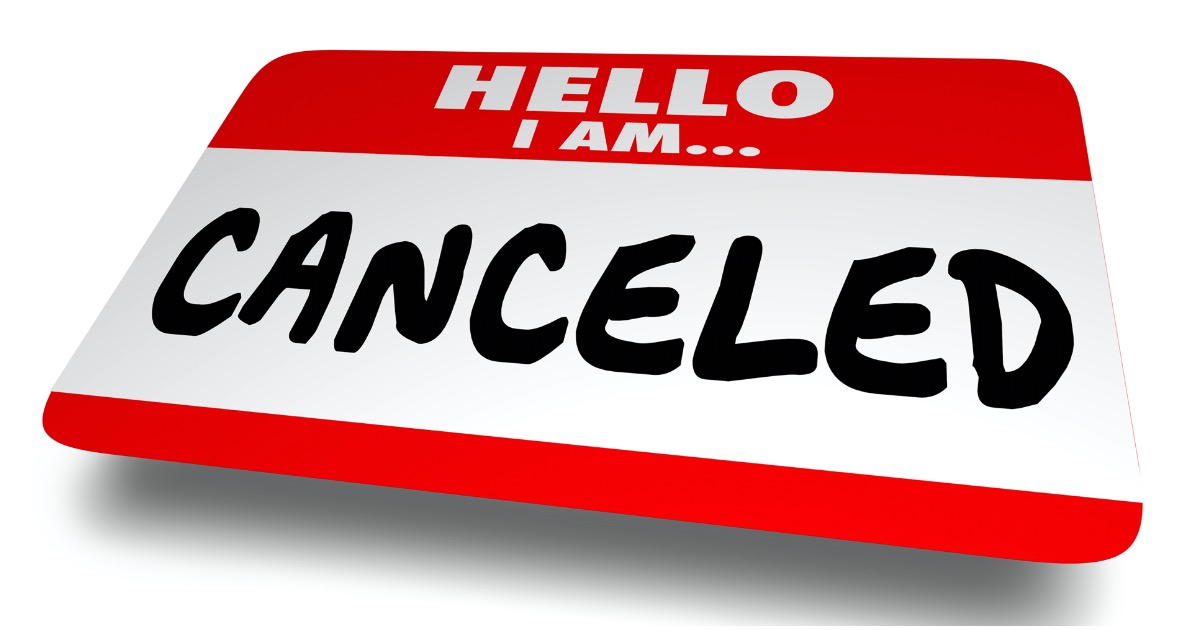 The following article, Jesus Would Not Approve of Cancel Culture — Opinion, was first published on Flag And Cross.

“I am the light of the world. Whoever follows me will not walk in darkness, but will have the light of life.” — John 8:12

A Twitter follower wrote me saying, I am amazed at the state of our country. Each day I hear about something so strange, I wonder if it is real. Now, what he was talking about is the strange events that are happening to our country. Events so illogical, they make you think and wonder, now why would they do that?

The cancel culture mob has emerged as a driving force in American life. A dark and marauding group that seeks to eliminate any and all that disagree. American’s are losing their jobs, statues are tumbling, and corporations are giving in, afraid of backlash. Freedom is under attack.

University of Chicago’s famed economist Harald Uhlig recently came under attack after saying; Don’t defund the police, train them better. Uhlig was placed on leave after a blistering attack by the cancel culture mob.

“Reason Magazine” senior editor, Robby Soave, came to Uhlig’s defense by saying; There was nothing discriminatory in what he said, because he has some different views from the protesters, he must be a racist.

In turns out Uhlig views were right. Violent crime is remarkably up. In Milwaukee, crime is up 132%. New York, as well is seeing crime increase to levels not seen since 1997, double the previous year. And this is not the exception, but has become the norm. Police funding is being reduced and with the low morale in many of our police departments throughout our country has caused this increase. Some will tell you otherwise, but they aren’t talking to law enforcement officials.

Likewise, the cancel culture mob has begun destroying statutes. In fact, a Fredrick Douglas statue was recently torn down. Why?, no one really knows. But it canceled a great African American leader from our past.

Aunt Jemima has been erased by the cancel culture mob, to the dismay of her family and many black leaders. It seems Quaker Oats, who benefited from Aunt Jemima was too quick to listen to the cancel mob. Afraid of backlash they canceled her. In doing so, they erased her efforts as the co-founder of the largest church in America, as of 1900. They eliminated the first black corporate spokespeople and one of the first female spokespeople as well. They canceled her years of hard work as one of the early civil right activist.

In Seattle, all the white city employees have been gathered together to learn how to get rid of their Whiteness and are being instructed that they have all participated in some form of racism. In fact, white employees where instructed to practice self-talk that affirms their complicity in racism. Making me wonder, who decided all white people are racist? And isn’t that assumption in itself racist?

David Shor, an analyst from Civis Analytics, stated in a report; riots alienate voters. For this he was fired. Even though his analysis is supported by facts.

A Boeing executive was even forced out for opposing women’s service in the military—30 years ago. A thought he long ago changed.

The new dark and angry totalitarians called the cancel culture mob, demand that no one criticize their view of the world. Otherwise they will attack.

We all need to become better at thinking things through, instead of quickly resorting to cancelling. If this is our new way of solving problems, we will all eventually be cancelled. No group or community is free from mistakes and all have fallen short.

Instead we should build on what’s good and not resort to quick fixes like cancelling. Despite our flaws, we are a country that generally wants to do the right thing. And the rest of the world knows this, despite what we might read. Every year the most desired country to immigrate to is the United States. In fact, in 2017, over one million people immigrated, by far the largest amount for any country.

There are very clear abuses that go on in our country and they need to stop. But cancelling and portraying entire groups based on some individual actions will not solve the problem. Rather, we should follow Jesus and his lessons. And this is why Jesus said, I am the light of the world. Whoever follows me will not walk in darkness, but will have the light of life.

A simple message to live life with Jesus in mind. He is the light of the world. For us all to work a little harder to see the good in all people. To not jump to quick solutions that fail to recognize all the facts. Jesus wants us to love and not blame. It is too easy to curse the darkness, but much harder to light a candle. And this is where we all should get better.

We must lift up the many great people from all walks of life that have lifted up our country. Instead of cancelling and living darkly, we need to become followers of the light. Looking for those who do good. We should honor our heroes more widely, those who make us great. We need to gather up the great doers of good and let them lead. Not this angry mob that trolls the internet to seek people to cancel.

Jesus wants us to love and forgive. As Jesus did when he went to the Cross.
Don’t worry, Jesus won’t get cancelled!

Dr. Bruce L Hartman, a former Fortune 500 CFO, is the author of Jesus & Co., Your Faith Has Made You Well and Spend A Year With Jesus. Dr. Hartman’s website, www.brucelhartman.com, contains inspirational messages, podcasts and videos to help Christians in their daily lives. After a successful career in the business world, Dr. Hartman obtained his Doctorate in Ministry. He is now an active Christian writer; both in writing books and a frequent contributor of Christian articles. Dr. Hartman is a regular guest on Christian radio throughout the nation.

Continue reading: Jesus Would Not Approve of Cancel Culture — Opinion ...