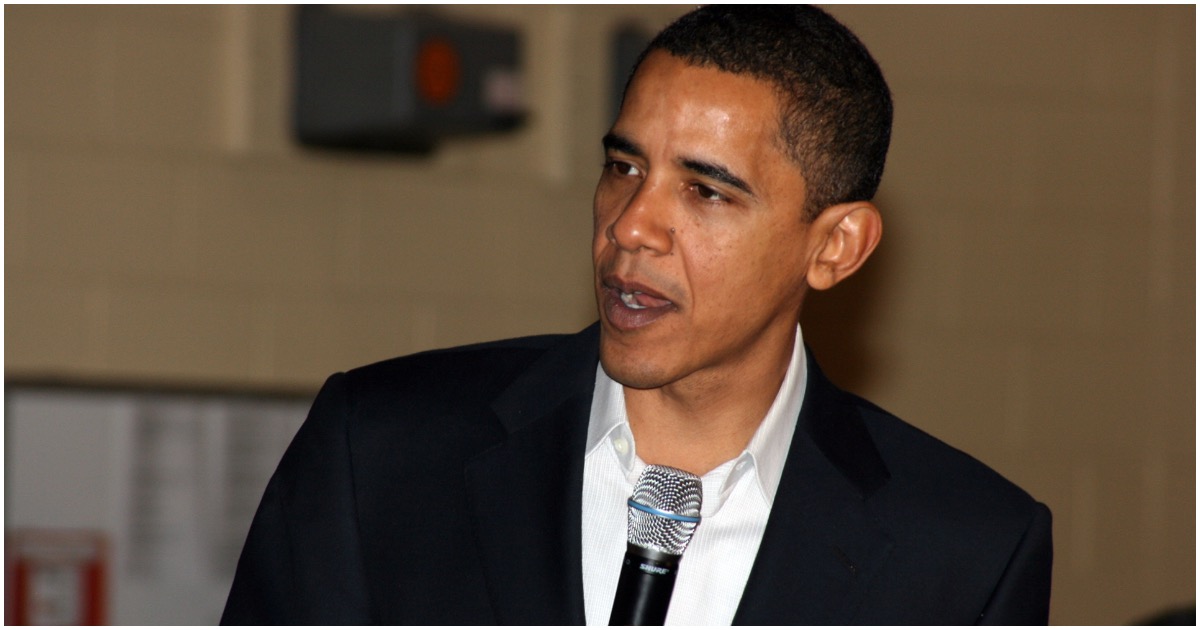 The following article, Barack Obama Returns From the Dead With A Deadly Assault On Trump — Opinion, was first published on Flag And Cross.

Earlier this week, I wrote a scathing critique of Michelle Obama’s speech to the DNC in which I cited her incredible penchant for spinning untruths. The left-leaning media didn’t see it that way. They adored her. Now the same sycophantic media are lauding Barack Obama’s speech at DNC as a speech for the ages. Wait a minute. That’s not the speech I heard. What I heard was classic preening and mendacity from a slick, self-aggrandizing phony. Obama didn’t try to sell us the Democratic Party platform, if indeed there is one. Instead he launched into a completely hypocritical ad hominem attack on President Donald Trump.

Obama opened his assault with the ridiculous assertion that Trump doesn’t take his job seriously, that Trump “has shown no interest in putting in the work.” This is a particularly galling statement given the fact that Trump works harder than any president in history. But that was just the appetizer. Next Obama opened up with his big guns. Thanks to Trump, said Obama, “our proud reputation around the world” has been badly diminished. It’s hard to believe this nonsense came from the first American president who apologized all over the world for what he confessed were America’s shortcomings and transgressions.

Jeff Jacoby said it perfectly in the Boston Globe: “For eight years the nation has been led by a president intent on lowering America’s global profile, not projecting military power, and ‘leading from behind.’ The consequences have been stark: a Middle East awash in blood and bombs, US troops re-embroiled in Iraq and Afghanistan, aggressive dictators ascendant, human rights and democracy in retreat, rivers of refugees destabilizing nations across three continents, the rise of neo-fascism in Europe, and the erosion of US credibility to its lowest level since the Carter years.” In other words, Obama did more than anyone to destroy America’s global reputation. Are you beginning to see behind the curtain?

As tough as he was on the reputation issue, Obama really let loose with his next volley: Trump’s policies are “threatening our democratic institutions like never before.” That’s right, my fellow Americans, a former president is warning you, “That’s what’s at stake right now. Our democracy… This administration has shown that it will tear our democracy down.” Obama wants you to believe that Trump is destroying our democratic values. This particular attack is hypocritical because it comes from the only president in our 244-year history who is guilty of attempting to take America down. “Never before in American history have we had a president who seeks decline,” wrote Dinesh D’Souza in Obama’s America: Unmaking the American Dream. “He pledged to ‘fundamentally transform America,’” said Joseph Farah, editor of WorldNetDaily, “and he has done his level best to destroy it through fanning flames of hatred of all it stands for.”

Yes, Obama hates America. Showing his contempt for the Constitution, Obama did everything he could to sabotage the most important bulwark of our value system—the primacy of individual rights over unlimited governmental power. “Every single one of Obama’s initiatives,” said American Thinker, “is directed at increasing government control in every area, with a corresponding decrease in individual liberty.” Obama’s dislike for American values was epitomized by the monstrous statement that sought to invalidate the American Dream: “If you’ve got a business—you didn’t build that. Somebody else made that happen.”

Next, Obama climbs aboard with the silly pair of Democratic Party talking points that seek to blame Trump for the coronavirus—as though it was dreamed up on the escalator at Trump Tower rather than a laboratory in China—and for making it “as hard as possible for you to vote.” The president who weaponized the IRS, DOJ, and FBI against his political opponents now brags that Democrats “understand that political opponents aren’t un-American just because they disagree with you.” And in an attempt to disassociate his party from the anarchy that has swept the country, Obama referred to the rioters, looters, and arsonists as “the young people who led us this summer, telling us we need to be better.” Can he really say that with a straight face? Let’s give credit where credit is due. Obama has a talent for outright fabrication.

Finally, Obama echoed his wife’s sentiments with a hollow endorsement of Joe Biden. Joe, says Obama, will “rescue the economy.” Rescue it from what? “In 2008,” said Jeff Jacoby, “when Obama was first elected president, 63 percent of Americans considered themselves middle class. Seven years later, only 51 percent still felt the same way.” The Obama-Biden administration has been criticized for the worst rebound from a recession in seven decades. In sharp contrast, Trump’s policies of tax cuts, deregulation, and trade reform have generated a booming economy. Evidently Obama doesn’t think that is important (except when he is trying to take credit for Trump’s achievement) because what is important is that, “Joe knows the world, and the world knows him. He knows that our true strength comes from setting an example that the world wants to follow.” Joe has set one hell of an example by extorting favors from Ukraine, sucking up to China, and making his relatives rich.

“You can give our democracy new meaning,” Obama concluded. That’s right, you can elect Democrats like Kamala Harris and her friends whose leftist policies will turn the US into Venezuela. If you think things are unbearable with the COVID-19 lockdown, wait until this crew takes over.

Continue reading: Barack Obama Returns From the Dead With A Deadly Assault On Trump — Opinion ...