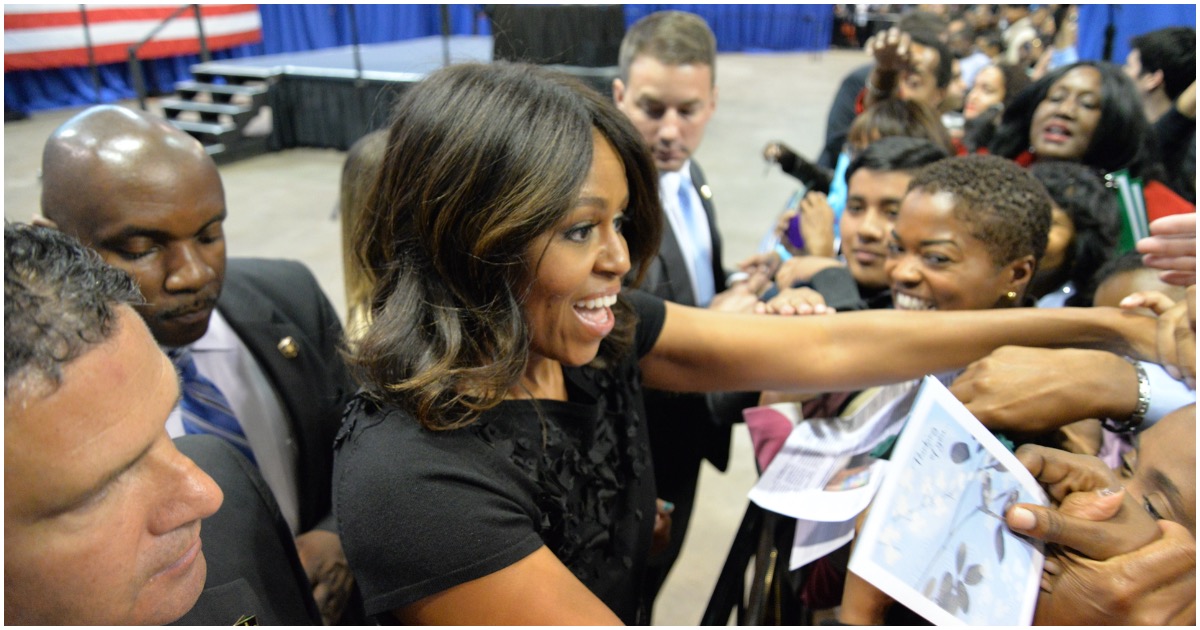 The following article, Michelle Obama: Can She Lie Just Because She Is A Pop Figure? — [Opinion], was first published on Flag And Cross.

Which is it Michelle?

Since, she started her speech with a lie, shouldn’t we scrutinize every jot and tittle that follows?

To begin with, we know that in today’s pop culture world of ersatz, glitz, tinsel and hip-hop hype, Americans are very likely to believe anything a pop culture figure has to say.

How many people hung on every word of Oprah Winfrey, even as she took them down the road to authors and guests of her show, who were in fact frauds.

Concerning Michelle, what American doesn’t remember lines like, “if you like your doctor, you can keep your doctor, coming from husband Barack Obama?

Among the qualities Michelle declared a president must have is, a “moral compass”.

Under Obama we broke through the common sense and moral barriers to the place where abortion is enshrined, and men can marry men. If this is a moral compass, we may be better off to be lost at sea without a prayer.

Carrying her husband’s call for audacity to the breaking point, Michelle announced that when Barack and Joe Biden left office, they had brought job creation to a new level. This is beyond false, it is laughable. Sorry dear, but if you want to talk job creation, you’ll have to go with the Trump administration. Facts cannot lie as easily as pop culture icons.

Next, comes the bragging about how Barack staved off the Ebola virus like a knight in shining armor – whereas Mr. Trump has allowed the COVID-19 to ravage the nation.

Wake up Michelle, it is a worldwide pandemic, its source is China, not the White House.

Jerry Dunleavy, a reporter at the Washington Examiner says it best,” “Ebola and COVID-19 are simply not comparable problems and it is dishonest to pretend that they are.”

Dishonest indeed but let us examine the rest of Michelle’s hyperbole.

What Michelle didn’t say while loading full responsibility for COVID-19 on the shoulders of President Trump is worthy of note.

Not once did she mention that while a hospital ship and the Javits Center were supplied and outfitted to deal with coronavirus victims by Donald Trump, it was the Democratic Governor of New York that adopted the nursing home policy that cost 6,000 elderly their lives.

Don’t talk about a lack of “empathy” to us Michelle – unless you at least mention the name Andrew Cuomo.

Until you mention his name, we are assured that raising the name of Donald Trump, is purely political and self-serving.

In addition to the hype about racism and the BLM movement there was nothing remarkable about Michelle’s diatribe – it was democratic party rhetoric disguised as impassioned speech for a poor country beleaguered by a president who doesn’t deserve to be in office.

It is a hard sell and it is likely that no one outside of the DNCs influence has been moved an inch.

Cultural icons like Michelle Obama wield a lot of influence on the feelers and reactionaries but have little effect on those who choose to examine the record and do a little honest thinking.

Donald Trump is the only person in this historic race for the White House, who has given something to America and has, yet, much more to offer.

Continue reading: Michelle Obama: Can She Lie Just Because She Is A Pop Figure? — [Opinion] ...