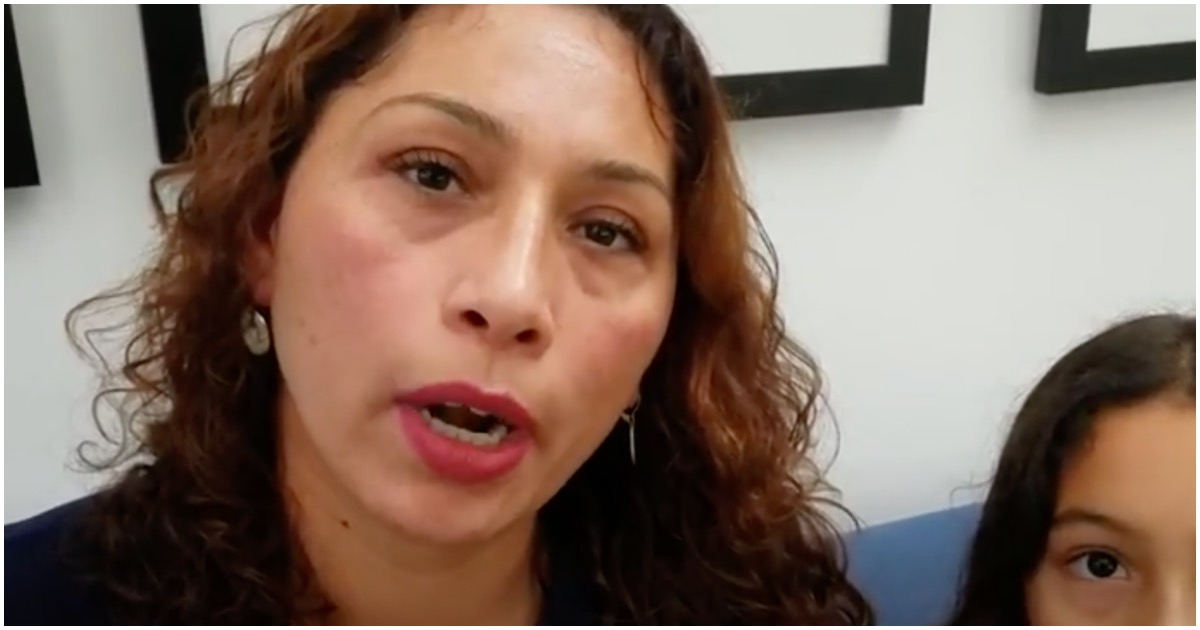 The following article, Dems Use Deported Woman to Slam Trump, But She Was Booted Under Clinton, Flagged Under Obama, was first published on Flag And Cross.

Look, life isn’t easy for people born and raised in third world countries. That should be something we can all agree on. As Americans, we are lucky to have been born in this nation.

At the same time, rules are made to be followed. You can’t break ours law and think you’ll get away with it – or, at least, you shouldn’t be able to.

Democrats see things the other way, though.

The illegal immigrant mother whom Democrats used at their convention this week as a case study of cruelty in President Trump’s policies was deported under the Clinton administration and flagged for deportation under the Obama-Biden administration.

Alejandra Juarez first sneaked into the U.S. in 1998. She was caught at the border and deported back to Mexico.

She quickly sneaked back into the U.S. — a “felony act” — and remained in the shadows until a traffic stop in 2013 when she appeared on the radar of U.S. Immigration and Customs Enforcement. Experts said an Obama-era initiative expanding the use of local police fingerprint checks to aid deportations likely flagged Mrs. Juarez for ICE.

During his speech on the third day of the convention, Obama said, “For close to four years now, [Trump] has shown no interest in putting in the work, no interest in finding common ground, no interest in using the awesome power of his office to help anyone but himself and his friends, no interest in treating the presidency as anything but one more reality show that he can use to get the attention he craves.”

Continue reading: Dems Use Deported Woman to Slam Trump, But She Was Booted Under Clinton, Flagged Under Obama ...

Only question is: why is she still in America? Getting awful tired of illegals being allowed to violate American law and getting away with it.