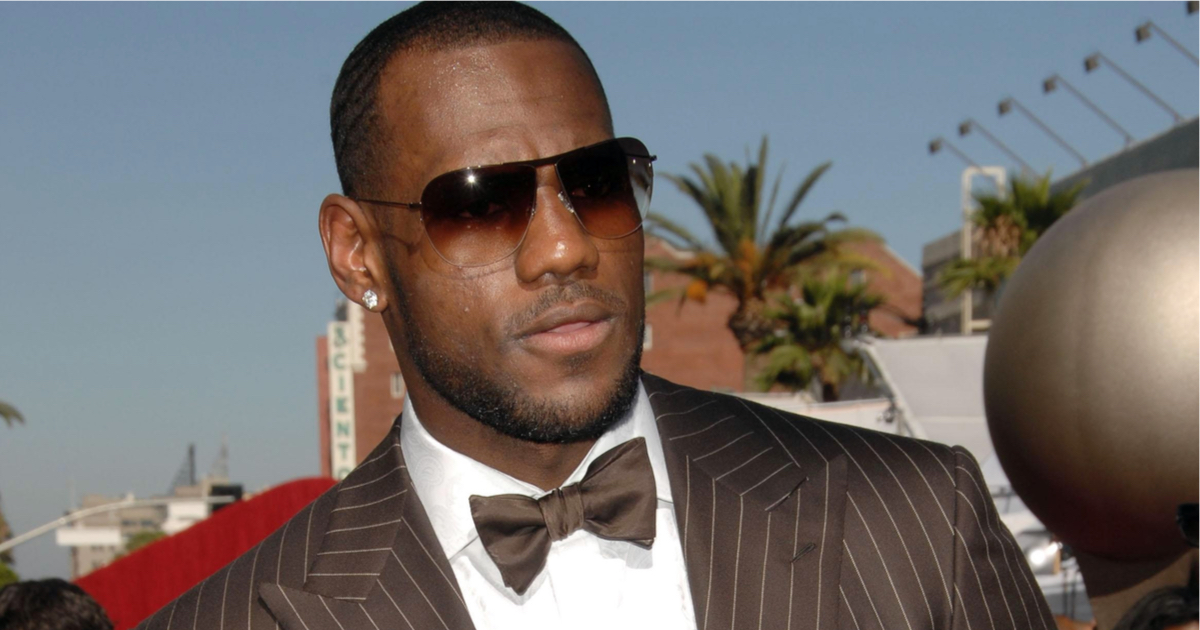 The following article, LeBron James And Other Members Of The Lakers Sport Mock MAGA Hats, was first published on Flag And Cross.

On Tuesday evening, prior to the first-round playoff series game against the Portland Trailblazers, members of the Los Angeles Lakers, including NBA legend LeBron James, rocked mock MAGA caps which had the words, “Great Again,” crossed out and replaced with “Arrest the cops who killed Breonna Taylor.”

James, easily one of the biggest influences in modern sports, also wore a shirt that said “By Any Means” on it, while also posting up the slogan on Instagram, writing, “By Any Means!! Lets Get It #JusticeForBreonnaTaylor.”

Now, to be fair, what happened to Taylor is absolutely horrific and absolutely uncalled for. The woman was shot while in her bed and there’s definitely reason to be angry about this situation being unresolved.

The real issue here is whether or not it’s acceptable to participate in political activism while on the job. Do we really need to politicize sports like we have the rest of life?

Some of the other members of the Lakers squad who donned the mock MAGA hats included Anthony Davis, Dwight Howard, Jared Dudley, Quinn Cook, Rajon Rondo, Danny Green, and JR Smith, as The Daily Mail reported.

After the game, James told reporters, “You know the situation that’s going on in Louisville, Kentucky. An innocent woman being killed, by the name of Breonna Taylor. A woman who had a bright future. Her life was taken away from her. There’s been no arrests, there’s been no justice, not only for her, but for her family … We want to continue to shed light on that situation because it’s just unjust. That’s what it’s about.”

“There has been no justice not only for her, but for her family.”@KingJames on his Game 1 attire for Breonna Taylor. pic.twitter.com/Togu3jQQRH

Last month, James told reporters at a press conference, “The same energy that we have on the floor is the same energy that we have towards having justice for Breonna Taylor and her family is the energy that we bring to the game. That’s just who we are. We want the cops arrested who committed that crime. As one of the leaders of this league, I want Taylor’s family to know and the state of Kentucky to know … we want justice. And that’s what it’s all about. What’s right is right and what’s wrong is wrong. And this is a wrong situation that’s going on … It’s just heartbreaking. You guys don’t understand. Unless you’re a person of color, you guys don’t understand. I understand you might feel for us. But you will never truly understand what it is to be black in America.”

James went on saying, “A lot of people kind of use this analogy, talking about Black Lives Matter as a movement. It’s not a movement. When you’re black, it’s not a movement. It’s a lifestyle. We sit here and say it’s a movement, and, OK, how long is this movement going to last? ‘Don’t stop the movement.’ No, this is a walk of life. When you wake up and you’re Black, that is what it is. It shouldn’t be a movement. It should be a lifestyle. This is who we are. … I don’t like the word ‘movement’ because, unfortunately, in America and in society, there ain’t been no damn movement for us. There ain’t been no movement.”

Now, again, the whole notion of systemic racism is questionable at best. We’ve made such ardent strides toward full equality over the last few decades. People were treating each other as human beings, focusing more on character than color.

Then Marxist progressives got involved and took over the media. A narrative was crafted to paint things up as if racism exists at every level of society and is still keeping minorities down.

To a point, this is true. However, it’s the liberals are doing the oppressing. Just look at inner city areas where Democrats have been in charge for years. These folks have been promised the moon over and over again, yet the people running the show have failed to deliver.

At the end of the day, it’s understandable to be upset about the Taylor case and to want to see some closure. The problem is when you start politicizing every area of life, there’s no escape from the onslaught.

Lebron, you just don’t get it, you are one of a few that hasn’t or won’t put on your thinking cap. If you never had sports and truly worked for a living you would not say such hateful words.

And still their fan base shrinks!

Was your MAGA hat made in China, by slave labor?Just as your sponsors wares?

When I read this story, they forgot to include the ummmm’s & ahhhhh’s in every sentence. Who gave this ———– the spokesman role?

People are turning off the black sports morons. I’m being kind. That’s not what I usually call them.

Charlie Daniels: Pick a Side The time is swiftly coming in America when everybody who cares about having a future is going to have to pick a side. When you get past the very thin patina of “peaceful” protests and look beyond the fallacy that violence and destruction brings about racial equality, you have to come to the conclusion that there is a radical fringe of people who would literally burn this country down, given the opportunity. You’ll never hear it in the media, but if you’re willing to scratch the surface and dig a little bit, it will dawn… Read more »

The big reason people don’t watch basketball dweebs is they don’t get it that we don’t give a shit about what you think about anything . Just play the game and STFU .