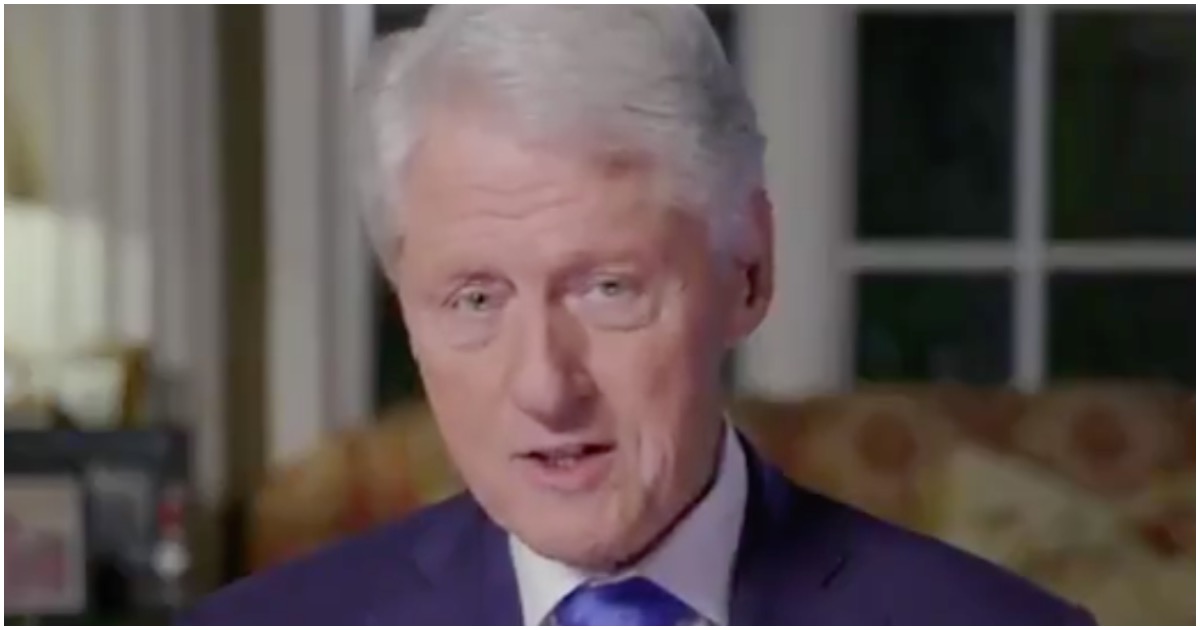 The following article, Bill Clinton Has the Audacity to Lecture Trump About His Conduct ‘In the Oval Office’, was first published on Flag And Cross.

If you go to jail after getting caught stealing a car, you’re not exactly in a position to tell other people that stealing cars is wrong. It’s just common sense.

Just go ahead and substitute that analogy for Bill Clinton’s behavior in the Oval Office (with a certain female White House intern). Then ask yourself, is Slick Willy the guy who should be giving President Trump advice about conduct in the Oval Office?”

Former President Bill Clinton lectured President Donald Trump on Tuesday night about his conduct in the Oval Office. Clinton, who had an affair during his presidency with then-White House intern Monica Lewinsky, made the remarks during his speech at the Democrat National Convention.

“At a time like this, the Oval Office should be a command center,” Clinton said. “Instead, it’s a storm center. There’s only chaos. Just one thing never changes—his determination to deny responsibility and shift the blame. The buck never stops there.”

I refuse to take lectures about the "sanctity of the Oval Office" from Bill Clinton of all people.

With a straight face, Bill Clinton just tried to tell us "how" the Oval Office should be used.

The absolute LAST person in the known universe I'd listen to about "how" the Oval Office should be used…is Bill Clinton.

A few yrs ago @TheDemocrats began 2 admit the faults of @BillClinton, even beginning to “reckon w Clinton’s sex crimes”. Tonight,he’s a featured speaker @ DNC & endorser of @JoeBiden. So, are we walking back that he’s a rapist? Or has he been granted leftist immunity to “evolve”?

This mumbling gerontocracy—from Jimmy Carter to Bill Clinton to Colin Powell to John Kerry—would be more credible if they had competently managed world crises over the past few decades. They failed miserably, so who can take seriously their idle bloviations now? #DNC2020

At the #DemConvention, the former President says Trump should use the Oval Office in a different way.

"You have to decide whether to renew his contract or hire someone else." pic.twitter.com/P2zlCuoS31

Bill Clinton is a national disgrace.

Continue reading: Bill Clinton Has the Audacity to Lecture Trump About His Conduct ‘In the Oval Office’ ...

Seems there is no end to the clintons? Too bad.

Hey Bill you can say whatever you want about president Trump but if you would have taken out Bin Laden when you had the chance when you were president at least 3,000 Americans would be alive today. You should be ashamed of yourself for being the coward that you are. Nothing you can say is worth anything