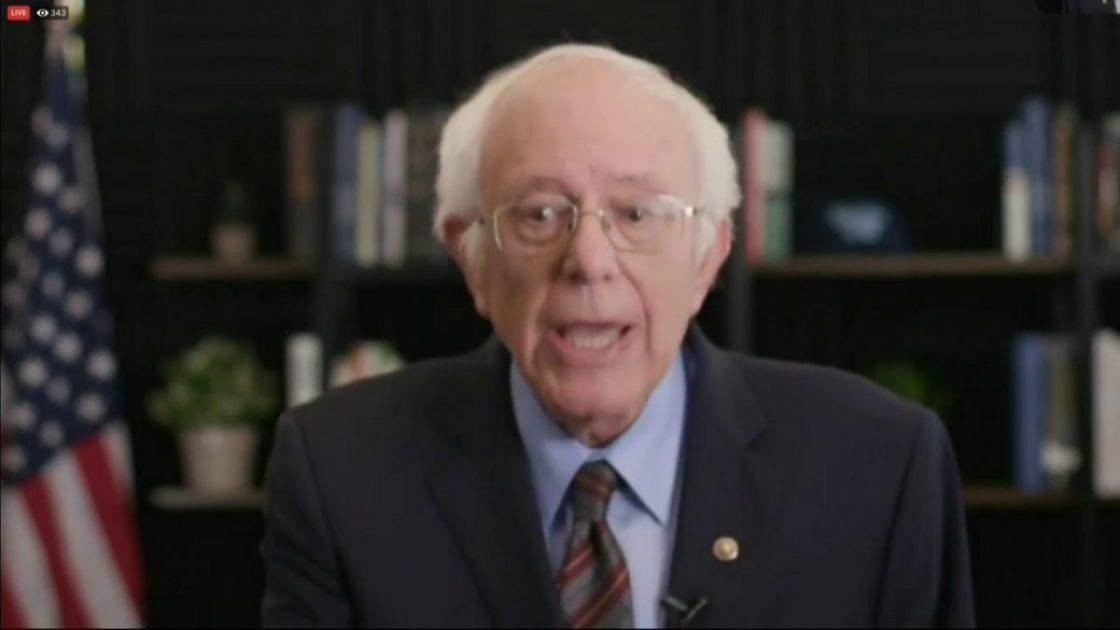 The following article, Bernie Sanders Makes Call For Unity During DNC Speech, was first published on Flag And Cross.

Sen. Bernie Sanders closed out the first day of the 2020 Democratic National Convention on Monday night, delivering remarks that included a call for progressives and liberals within the Democratic Party to throw their support behind presidential nominee Joe Biden, stating that the “future of our democracy is at stake” in the upcoming November election.

Yes, that’s true. It most certainly is at stake. Which is why conservatives need to band together and ensure that Biden-Harris are never given an opportunity to sit in the White House. To do so would spell certain doom for our country and the principles it was built on.

Sanders’s remarks highlighted his role as a uniter who, despite this year’s Democratic primary proving significantly less competitive than that of 2016, has been tasked with shoring up the Democratic Party’s progressive base. For months, Biden’s campaign has been concerned that younger voters, who overwhelmingly supported Sanders in the primary, won’t show up to the polls for Biden.

“We must come together, defeat Donald Trump, and elect Joe Biden and Kamala Harris as our next president and vice president,” Sanders said. “My friends, the price of failure is just too great to imagine.”

Much of what Sanders is referring to here has to do with the split in the Democratic Party that has happened due to both of his failed presidential campaigns. The Democratic Party worked fairly hard against Sanders in both cases, which has caused his supporters to feel alienated and thus less than willing to support Biden.

Sanders is trying to get his dedicated followers to jump on the Biden bandwagon by making it seem that if they refuse to do so, they’re going to be responsible for the downfall of “American democracy.”

In most other respects, the left is super united. Actually, it goes beyond being united. It’s groupthink and groupspeak. They are completely in-sync with one another. And if anyone dare do any sort of “individualized” thinking, they are cast out and shamed until they repent of their sins.

Here’s to hoping these folks can’t get their acts together before the election.