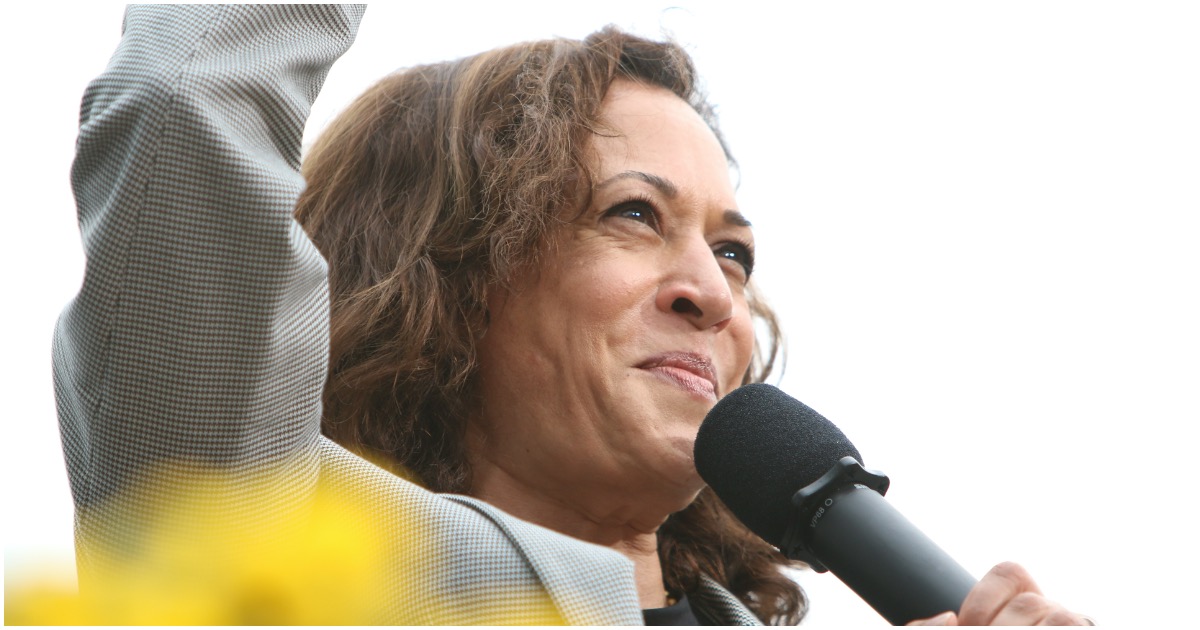 The following article, ‘President’ Kamala Harris is Coming for Your Guns, Constitutional or Not — Opinion, was first published on Flag And Cross.

Let’s be honest, a vote for Joe Biden is a vote for Kamala Harris to be President. Ironically, she was literally the least popular democrat among democrats in the primary, dropping out before the Iowa Caucus, but she is the correct gender and genetic makeup. In certain circles of the upper echelons of the Democrat Party the rapid cognitive decline of Joe Biden is being whispered about. Perhaps, it is the pressure of the national stage, which he has largely avoided, but his decline is worsening. When he does venture out in public and opens his mouth it is painfully obvious…something is not right with old Joe. He’s slipping and fast.

Many strategists and even Joe himself have said that he would only be a one term president due to his advanced age. For the purposes of this article, I will submit that I don’t think Joe Biden will make it through even a first term. I will take it so far that I doubt he would last three months, and he’ll step down to due medical reasons.

Make no mistake. If Joe Biden wins the presidency…we will have a President Kamala Harris within months not years. Count on it.

A President Harris is a terrifying thing if you are a freedom loving American. She has many shortfalls and a history in both word and deed displaying her disdain for the freedoms and rights of the average American. As a prosecutor and attorney general she was found easily corruptible and wanting. She was and is a power-hungry woman willing to say and do who or whatever it takes to move up the ladder. She climbed over a powerful old man once to ascend, (See Willie Brown) and Joe won’t even stand a chance.

What will be one of President Harris’ first orders of business? How does she feel about your second amendment rights? Kamala Harris has told us exactly what she plans to do with your guns. She has unequivocally stated she is coming for your guns and that is not just political hyperbole.

Mark Oliva of National Shooting Sports Foundation said in an interview with the Washington Free Beacon, “During her short-lived presidential campaign, she demanded gun-control legislation within 100 days and threatened executive action if Congress didn’t deliver. Senator Harris was clear when she said gun control would be an administration priority. Her platform included entertaining forced confiscation of lawfully owned semiautomatic rifles, redefining ‘sporting purpose’ for lawful firearm possession, criminalizing private firearm transfers and repealing the Protection of Lawful Commerce in Arms Act. In fact, she supports politicizing the Department of Justice and using the weight of the federal government to harass a constitutionally protected industry in a series of frivolous lawsuits to bankrupt manufacturers.”

She also stated during a public policy forum that she was for a mandatory buyback program.

Since she made that statement about a year ago American’s have purchased record numbers of weapons in response to the uncertain times created by the pandemic and the rioting in the streets while liberal politicians are demanding to defund the police. The average citizen clearly realizes in the future their defense may increasingly fall upon themselves. In June 2020 alone the FBI stated there were more than 3.9 million background checks completed. In just the first half of 2020, millions upon millions of new firearms have been privately purchased, and in most cases to first time gun buyers. Most commonly these new weapons are semiautomatic handguns and AR style rifles and no they aren’t for hunting. They are for self-protection in an increasingly dangerous world.

Kamala Harris says she supports a Mandatory Buyback Program. What exactly is that? As the word mandatory implies…it is not an option. It will be required and enforced. It’s a fancy political way to say we’re going to confiscate your weapons against your will.

It will most likely be focused on AR style rifles as they have proven to be the liberal politician’s nemesis mostly because they are so scary looking! FYI…AR rifles are simply semi-automatic rifles nothing more. But when President Harris outlaws them and demands that all “Assault Weapons” be turned in, she won’t be asking. She will be demanding.

Enforcement of her mandatory buyback program would likely be sporting. This is what she means when she says, “we’re going to have to have smart public policy that’s about taking those off the streets but doing it the right way.” The truth is there is no smart way about it, and if you do it the wrong way you might just spark a civil war with the most heavily armed people in America.

The phrase made famous by Charlton Heston; you can have my weapon when you pry it from my cold dead hands would likely be on many American’s lips…millions more than even six months ago. Enforcement of a mandatory gun buyback would likely be accomplished by other means than the direct conflict created by sending officers house to house. She would use crafty tactics such as listing people through gun registration, or using the power of the IRS or voting rights perhaps? I’m sure there will be many smart means at her disposal all with the same end goal, disarm legal gun owners and confiscate your weapons in spite of your constitutional right to own them.

I guarantee that a vote for Joe Biden will mean Kamala Harris will be making a criminal of all legal gun owners who refuse to surrender their weapons to the government. I’m simply taking her at her word. She’s promised if congress won’t do it, then she’ll do it by executive fiat in her first 100 days.

A President Kamala Harris is coming for your guns, there’s just no other way to say it. Vote accordingly.

Continue reading: ‘President’ Kamala Harris is Coming for Your Guns, Constitutional or Not — Opinion ...

No doubt that harris knows she is actually ‘running’ for president and not the VP slot. Old china-joe likely still believes that he is?