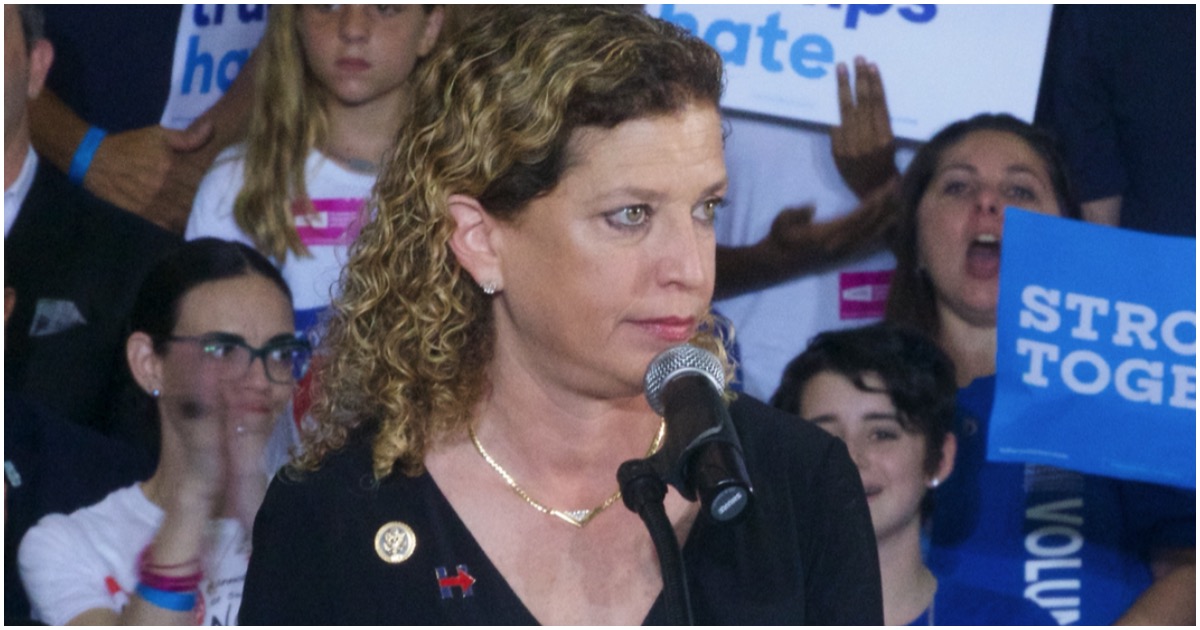 Thankfully for the country, America hasn’t heard much from Democrat Rep. Debbie Wasserman-Schultz (FL). Like most of her ilk, DWS is too far left to see straight.

Could you imagine what would happen if a Republican was even accused of physically assaulting a minor who worked for a liberal politician’s campaign? What would happen?

For those who want context: Debbie physically shoved one of my volunteers handing out palm cards & then verbally accosted her for calling out her record on the environment.

This will NOT be tolerated.

Teachers should not be allowed to protect themselves if a violent criminal walks into the classroom, thinks Debbie.

Rep. Debbie Wasserman Schultz (D-FL) responded to President Trump’s renewed his calls for armed teachers by stating that “teachers, parents, and students are united against arming our educators.”

Putting more guns in schools is not the answer to ending senseless mass shootings. Teachers, parents, and students are united against arming our educators.

If the girl would have had a gun to defend herself maybe DWS would have thought twice before assaulting her. I think guns do help to prevent mass shootings or assaults that have to be defended against. It is ashame that an adult doesn’t have the restraint to handle a child in a civilized manner….

I have an idea. Make schools a gun free zone (free fire zone). The Democrat plan?