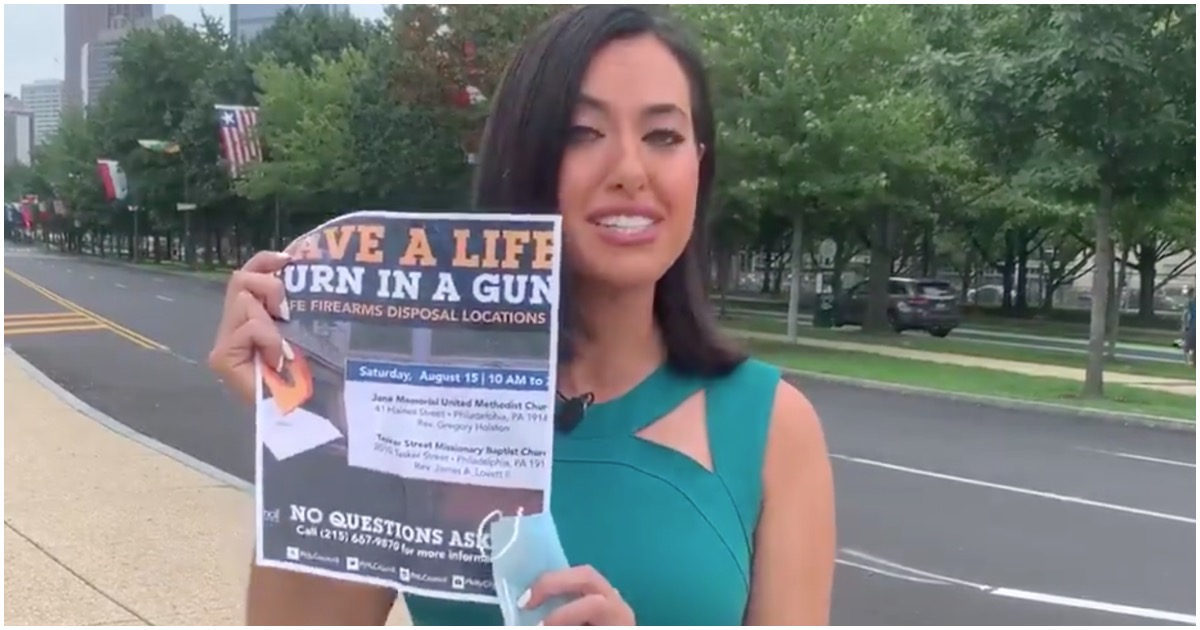 The following article, Philly Organizations Urging Residents to Hand Over Firearms to Combat ‘Gun Violence’ (Details), was first published on Flag And Cross.

Is there a crime spike in your city? If so, would you feel safer by handing over you guns to the government? Sounds like a brilliant plan, doesn’t it? You know, considering liberals are trying to abolish police departments and all.

That’s liberal logic, for ya!

PHILADELPHIA (CBS) — With gun violence in Philadelphia at epidemic levels, local organizations are joining forces to try to make a difference. Philadelphia police and other groups are holding a “Home Gun-Check Campaign” this weekend.

They’re asking people to go through their homes, locate guns they don’t want and turn them in with no questions asked.

Philadelphia is seeing an increase in shootings…to combat the senseless gun violence, city council, Philadelphia Police and community groups organized a home gun check…urging residents to safely turn in firearms lying around their homes before they get into the wrong hands. pic.twitter.com/00QUqFOHrb

On Friday, a video went viral on social media showing a man being forcibly removed from a Philadelphia bus by police officers.

The Philly Transit Riders Union Twitter account first posted a video in which a male employee of the Southeastern Pennsylvania Transportation Authority (SEPTA) is seen demanding that several passengers “get off” a bus because they aren’t wearing face masks.

do riders know that they might be pulled off a SEPTA bus by 10 cops for not having a mask? pic.twitter.com/NnHXJC02E8

Good thing I don’t live in the states anymore, your liberal leaders are nuts. It’s the criminals that need to turn in their guns which their not allowed to have. I live in a country that has more guns per capita, no gang wars here. Have not worn mask here either, one death from COVID19 in the last nearly 3 months with a population of 5.5 million. Restaurant’s, churches, bowling alleys, gyms, etc… all open. That includes schools, my son’s school had no Covid19 since school opened. So happy I am here for now. Miss the great fishing though.

If STUPID was a rocket, idiots like these in Philly would travel at Mach 10! DON’T SURRENDER YOUR FIREARMS – YOU MAY NEED THEM SOONER RATHER THAN LATER….

Yeah, can just imagine the gun-owning criminals are hurrying down to turn in their illegally possessed guns? Can’t fix stupid.