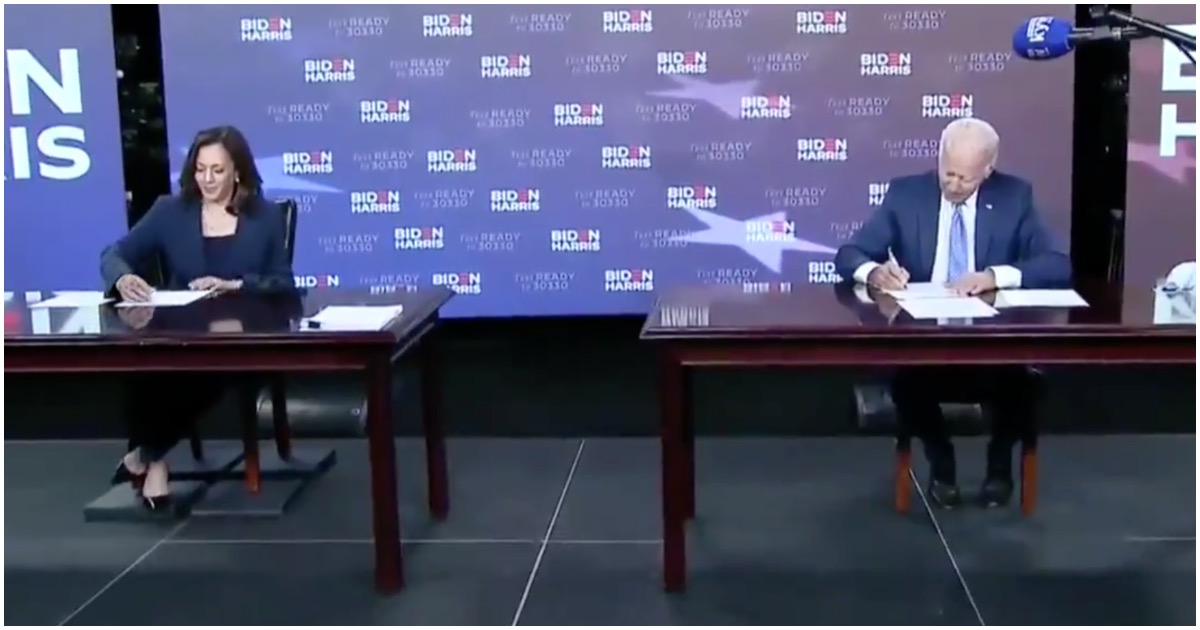 The following article, Biden & Harris Refuse to Answer Questions From the Press — For Third Day In A Row (Video), was first published on Flag And Cross.

Donald Trump picked Mike Pence to be his vice presidential running mate in 2016 because the man was the chief executive of a state. Pence had gubernatorial experience, as well as a past in the lower chamber of Congress.

Joe Biden, on the other hand, chose Kamala Harris to be his VP running mate because of the color of her skin. That’s literally the only reason. It was a purely political move, as the Biden camp knows they can call everyone racist if they say something negative about Harris – and the media will back them up.

For the THIRD day in a row, press are shuffled out of a Biden-Harris event without the chance to ask questions.

It’s not controversial to expect and demand presidential candidates answer unscripted questions from the press and everyday Americans. pic.twitter.com/zkZbQklcTn

Continue reading: Biden & Harris Refuse to Answer Questions From the Press — For Third Day In A Row (Video) ...

“Answer questions”? But soros hasn’t yet told them the answers so they had to decline answering….

Apparently the “Racist and the Cop” ticket have NO ANSWERS…!