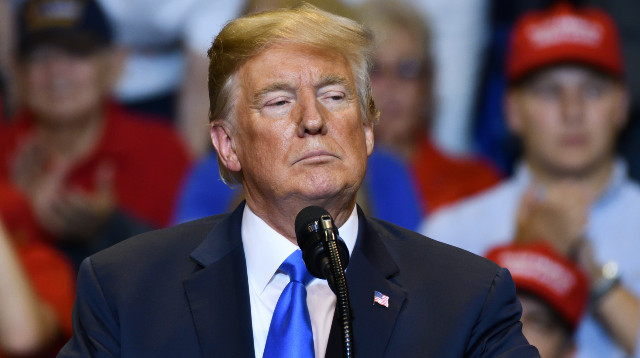 President Trump has come out and stated on Thursday that the reason the coronavirus relief package has been delayed in negotiations on Capitol Hill is due to the fact that Democrats are continuing to push for mail-in voting as part of their wish list, which he says would cause “the greatest fraud in history.”

And you know what, he’s probably right. Just think about how easy it would be to manipulate voting results with mail-in ballots. Many folks wouldn’t even participate in the election if they had to do that. It would definitely provide a tremendous boost to the Democratic Party.

Trump conducted an interview with Maria Bartiromo on Fox Business Thursday morning, saying that negotiations over the fourth stimulus relief package were being held up by this very issue.

“It’s their fault,” Trump said. “They want $3.5 billion for something that’s fraudulent … for the mail-in votes, universal mail-in ballots. They want $25 billion for the post office. They need that money so it can work and they can take these millions and millions of ballots.”

Trump added: “But if they don’t get those two items, then they can’t have mail-in ballots.”

The president went on to slam the practice, saying that ballots have been “sent to dogs” and “dead people,” citing states like Virginia, where he said more than “500,000 phony ballot applications were sent to voters,” and in New York, where mail-in voting caused a weekslong delay in announcing results for some races in the state’s primary.

President Trump went on to say that there was nothing wrong with getting out and voting in person, despite the coronavirus pandemic, which many claim is being blown out of proportion.

At the end of the day, Democrats should care about American citizens. Period. They shouldn’t at all be concerned about the election right now. Instead, they are politicizing the suffering that people are going through and using it for their own gain.

And yet, loyalists to the party will still come out and support them in November, despite the damage these folks are doing to businesses in their communities, all because they have been convinced to hate the president by the media.

Do the same as Absentee ballot voting in all states that way every citizen gets a ballot. Fill it out and drop off at any Federal drop off box at any school grounds, not mail boxes because they will be over indated. Don’t need to get out of the car or go inside a structure.