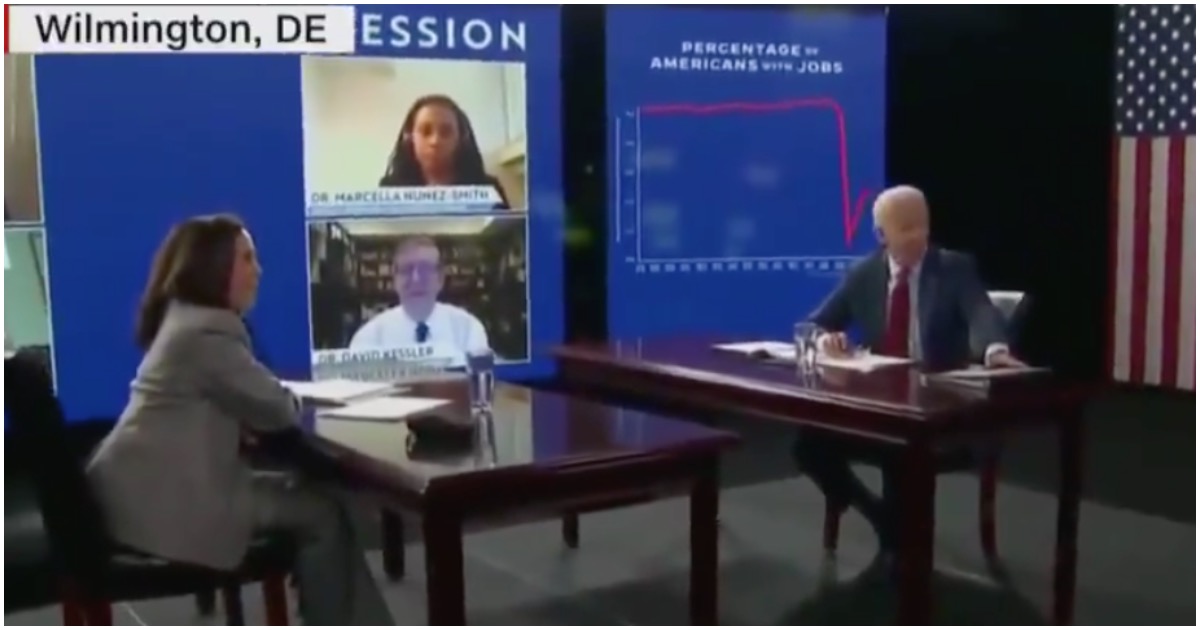 It’s no secret that Joe Biden is being hidden away from the world during this pandemic. After decades and decades of gaffes, the former VP is now closer than he’s ever been to becoming commander-in-chief.

His team knows this. And they will do everything possible to keep him from making a “binders full of women” or “deplorables” type of error.

Sure, you could say Joe’s racist remarks just in the past few months alone should be enough for the media to jump on his case, but never forget that Biden is going against the most evil human being who has ever lived…Donald Hitler Trump.

WATCH: As soon as reporters got a chance to ask Joe Biden a question, his handlers swiftly moved to protect Biden and kick them out.

Even CNN noticed: "We keep pressing the Biden campaign. There needs to be more questions from reporters."

What are they so afraid of? pic.twitter.com/q62PgbYc8Q

Both Biden & Harris refuse to take questions from the press: “we’ll talk about that later”https://t.co/3txav1nowN pic.twitter.com/jQXWJkVVjP

.@JoeBiden: A national mask mandate will save lives “expedentially” pic.twitter.com/AbiEurRr25

Only makes sense, old china joe cannot be expected to be able to actually answer questions and think for himself.