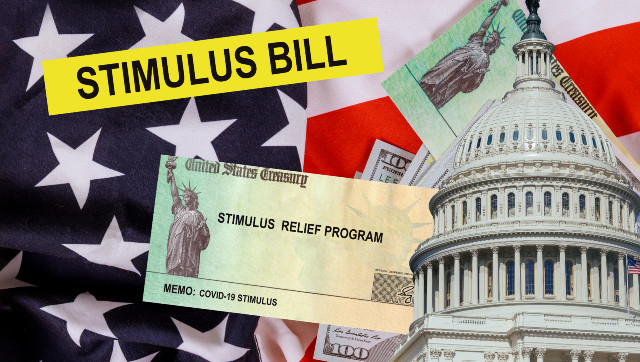 The following article, Coronavirus Relief Negotiations Hit Yet Another Snag, This Time The Obstacle Is State Aid, was first published on Flag And Cross.

Trump administration officials and leaders within the Democratic Party continue to remain at a stalemate when it comes to negotiating another coronavirus relief package, as money for state and local governments appears as yet another snag in the negotiations.

Of course, the left has also been trying to politicize this relief package and use it to get some wish list items of their passed into law, which is also not helping things.

As of now, both sides in the debate over the relief package are bickering about whether or not states should receive more funding in the next round of emergency funding, and if so, how much is appropriate.

The stalemate puts at risk potentially trillions of dollars in aid for families, businesses and the U.S. economy, including a fresh round of $1,200 stimulus checks, extra unemployment aid for millions of out-of-work Americans, $100 billion to help reopen schools and relief for cash-strapped state and local governments.

There were no signs of a détente on Monday, with each party blaming the other for the stalled-out discussions.

Treasury Secretary Steven Mnuchin, one of the lead negotiators in the relief package, referred to the Democrats’ request for $1 trillion for state aid “an absurd number,” stating there’s “plenty” of cash available already for the governments.

“We’re not going to give a trillion dollars for state and local,” he said in an interview with CNBC. “That’s just not a reasonable approach.”

President Trump has also made his feelings clear on this number, and as you might imagine, he’s not at all a big fan. Here’s what he posted on Twitter:

So now Schumer and Pelosi want to meet to make a deal. Amazing how it all works, isn’t it. Where have they been for the last 4 weeks when they were “hardliners”, and only wanted BAILOUT MONEY for Democrat run states and cities that are failing badly? They know my phone number!

Democrats sounded warning bells by saying without more federal funding, state and local governments would be forced to lay off employees and reduce the number of available essential services to their communities.

Look, we all know everyone is in bad shape right now with all of the layoffs and job losses we’re experiencing as an after effect of the lockdowns. And sure, we should work toward providing some kind of relief to ease the burden, but we have to very careful about how much we spend.

We cannot afford to just print money like crazy and increase inflation. The dollar is already losing a lot of value and purchasing power. Increasing that would be just as disastrous as the damage being wrought by lockdowns.

Let’s hope wise minds prevail and a compromise of some sort is reached.

Continue reading: Coronavirus Relief Negotiations Hit Yet Another Snag, This Time The Obstacle Is State Aid ...