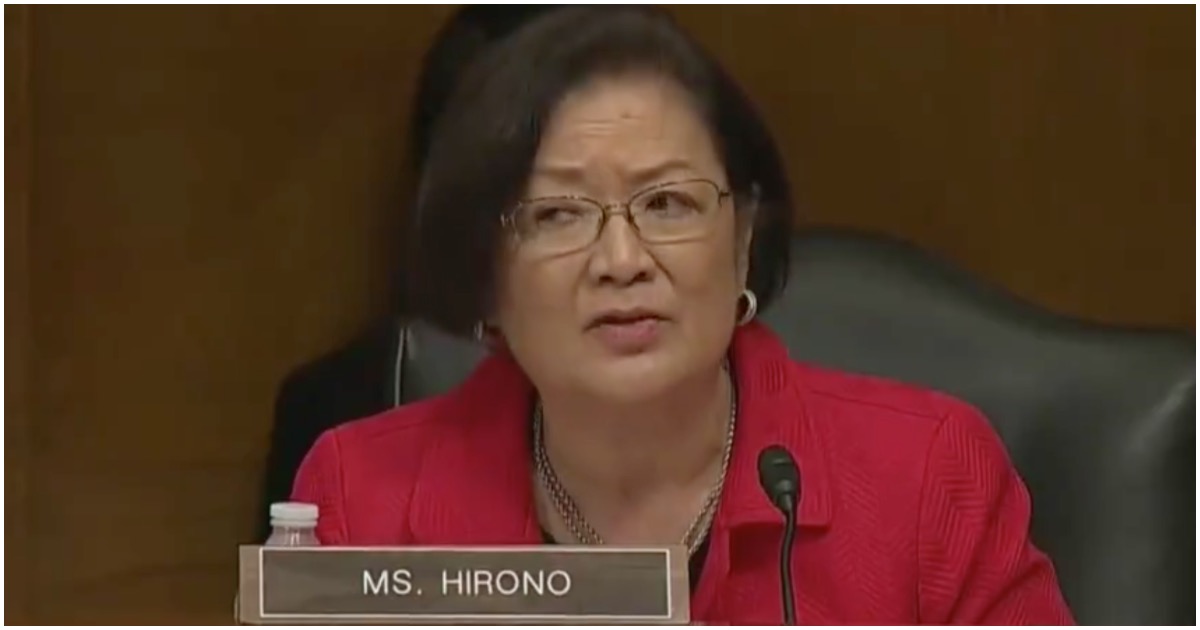 The following article, ICYMI: Democrat Senator Refuses to Condemn Antifa, Then Storms Out of Hearing (Watch), was first published on Flag And Cross.

There are a number of rotten apples in both the lower and upper chamber. The vast majority of them will vote for Joe Biden in November. Hawaii’s Mazie Hirono is one of the worst.

When asked by Senator Ted Cruz to denounce the wildly anti-American group, “Antifa,” Mazie refused. She even took things a step further and walked out of the hearing.

Yes, she literally took her ball and walked away so nobody else could play. And that’s what libs do best.

Old mazie is showing America that she is one of the domestic enemies that the military & police take an oath to protect America from and that label fits the blm & antifa criminals she and other dems are protecting.