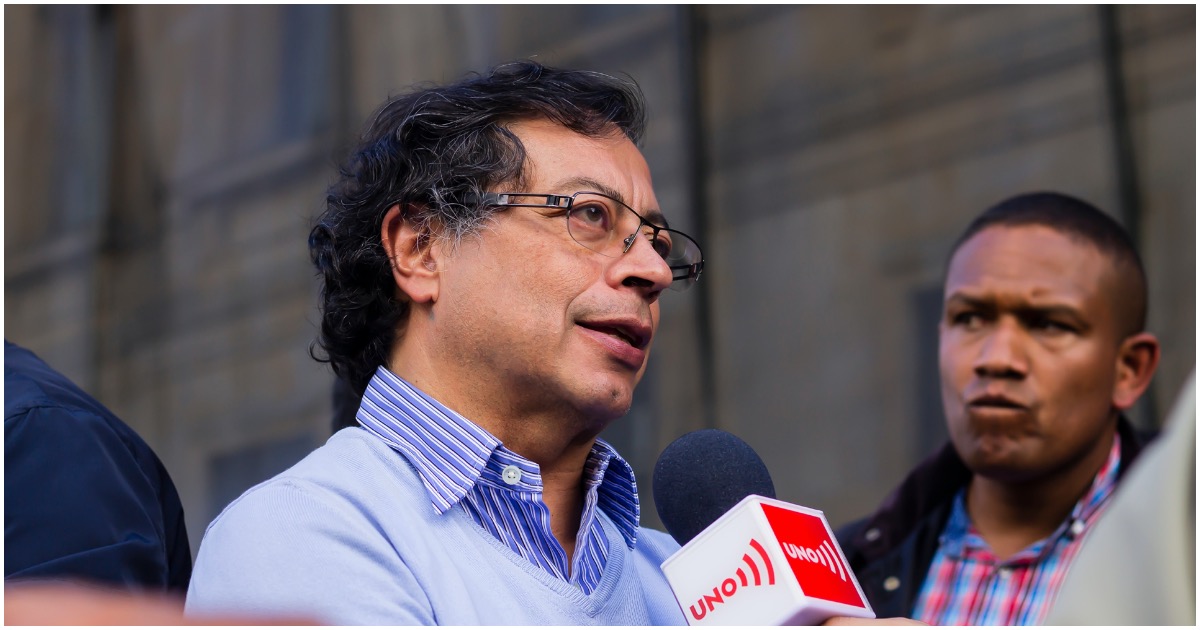 The following article, Columbian Senator, Leader of Socialist Movement, Says He Would Vote for Biden ‘Without A Doubt’, was first published on Flag And Cross.

If Gustavo Petro got his way, he’d cast a vote for Democrat presidential candidate Joe Biden in a few months. If it were up to Biden, Petro would probably get his way.

Because who needs borders, right?

Let everyone vote in an American election!

Colombian Senator Gustavo Petro, one of the leaders of the far-left socialist movement in the country, championed presumptive Democrat presidential nominee Joe Biden’s candidacy on Monday, saying that if he were able to vote in U.S. elections that he would vote for Biden.

“Did you endorse Joe Biden as a candidate for President of the United States?” CNN host Juan Carlos Lopez asked.

Petro was a member of terror group, M19. Click the link above to read more about it.

Maybe this Trump campaign ad about Biden isn’t so far-fetched, after all…

Democrat Rep. Karen Bass (CA), one of the reported finalists to be presumptive Democrat presidential nominee Joe Biden’s running mate, eulogized a leader in the Communist Party USA and described him as her “mentor.”

Continue reading: Columbian Senator, Leader of Socialist Movement, Says He Would Vote for Biden ‘Without A Doubt’ ...

He lives in a crappy country That the citizens want to get out of so why do we care who he’d vote for ?

Actually he will probably vote for biden, wouldn’t be surprised to find his name on one of the dems ‘mail-in ballots’. And have to believe that those ‘leaders’ of our enemies would want to have Trump removed in favor of a biden.