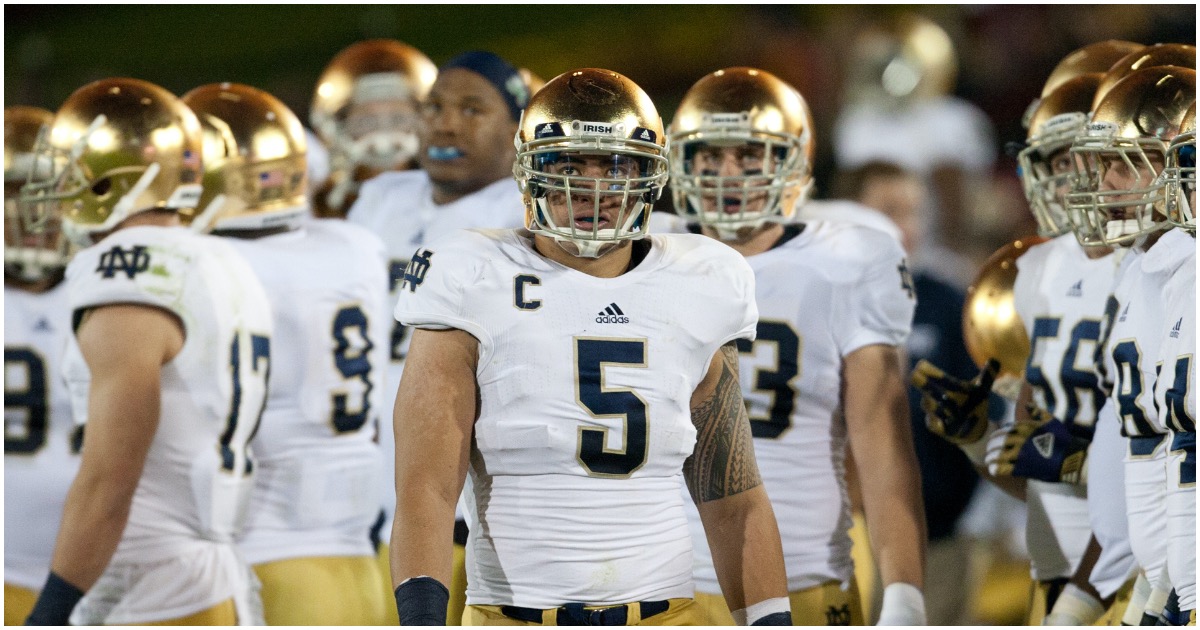 If China’s goal was to cripple the United States economy and strike fear into the hearts of pretty much every person on the planet, well, the communist nation succeeded.

The world is now forever changed, just like it was after the radical Islamic attack on the Twin Towers back in 2001.

Here’s the latest on college football, via ESPN:

Commissioners of the Power 5 conferences held an emergency meeting on Sunday, as there is growing concern among college athletics officials that the upcoming football season and other fall sports can’t be played because of the coronavirus pandemic, sources told ESPN.

No major decisions were made on Sunday night, but multiple sources in several Power 5 conferences have told ESPN the commissioners talked about trying to collaborate if their respective presidents do decide to cancel or postpone fall sports.

Several sources have indicated to ESPN that Big Ten presidents, following a meeting on Saturday, are ready to pull the plug on its fall sports season, and they wanted to gauge if commissioners and university presidents and chancellors from the other Power 5 conferences — the ACC, Big 12, Pac-12 and SEC — will fall in line with them.

Sources told ESPN that a vast majority of Big Ten presidents have indicated that they would vote to postpone football season, hopefully to the spring. A Big Ten official confirmed to ESPN that no official vote took place during Saturday’s meeting.

The cancelation of college football would be incredibly devastating on so many levels. One that should be very worrisome is the impact on “college towns” that are built around college athletics. Those economies will immediately suffer in a big way.

The #WeWantToPlay movement is so cool. So refreshing because if you just read a lot of opinion pieces you’d think college football players are all miserable and treated like crap. This is just a reminder they don’t like being used as political pawns and just want to play ball.

We need you! America needs you! Do NOT listen to those who want life in America to halt for a false promise of zero risk. #CollegeFootball https://t.co/h7hhJ0KCen

The Big 10 is preparing to cancel the football season, according to ESPN and multiple other reports.

An announcement could come very soon. If the Big 10 cancels, then the rest will likely follow.

It's hard to believe, but it looks like college football in the fall is over.

Here’s the truth: college athletes are under virtually zero risk from the coronavirus & they are safer on campus than off it. Canceling college football actually puts college football players at greater risk. Read this: https://t.co/qH6PCGAs1B

Merely another of the scamdemic and part of the democrat plan to destroy America by destroying the economy in the ‘shutdown’ and all for political purpose to win elections.