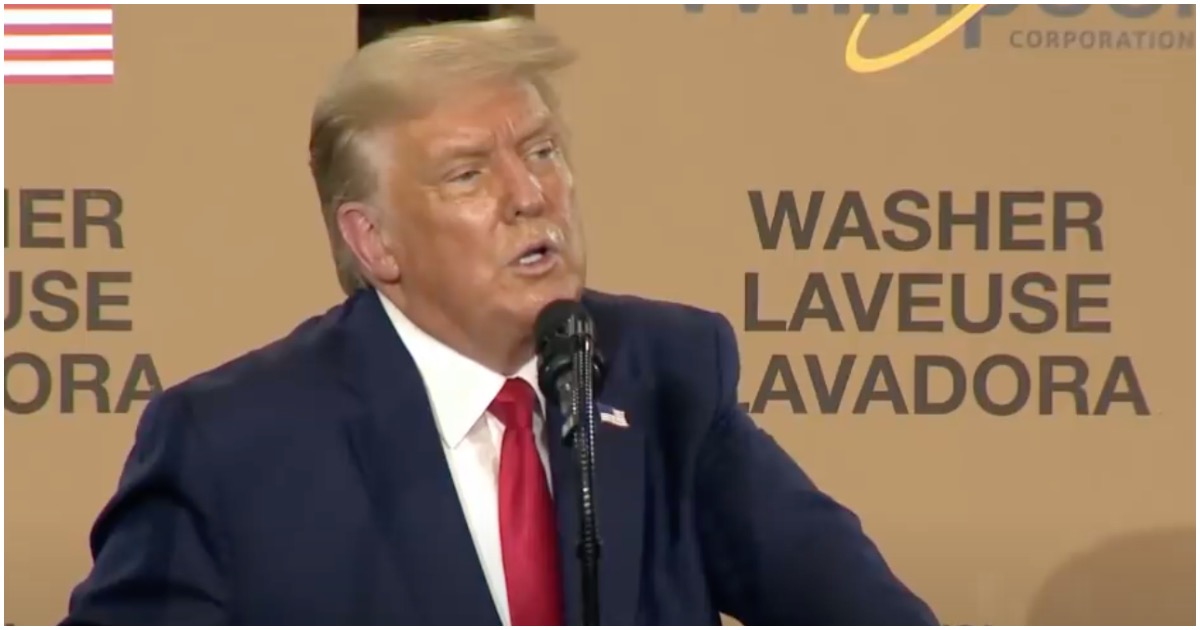 The following article, President Trump: ‘This May Be the Last Time You’ll See Me for a While’ — Video, was first published on Flag And Cross.

There is no denying that President Donald Trump has said a few out-of-the-ordinary things during his thus-far brief political career, but some of this is surely a product of his status as a Washington outsider.

Trump essential barged onto The Beltway, loudly promising to “drain the swamp” as he laid rubber heading south from New York City – a city that he had all but conquered, at least in his mind. Washington bristled at this idea, that their long-time party would soon be under the thumb of a man coming to do business there. The nation’s capital would soon be seeing her gears turned toward the people again, and this threatened the lobbyist leeches and filibustering fat cats.

So, yes, some of what we’ve heard come out of the President’s mouth has seemed out of place, but that’s only because he is.

This week’s strange epithet from the President appears to have a bit of an ominous tone about it.

The comments were made during an address Trump gave at the Whirlpool Corporation Manufacturing Plant in Clyde, Ohio.

The context of the remarks was an executive order that will mandate U.S. government agencies purchase all essential drugs from American sources.

Trump said, “So I have a lot of enemies out there. This may be the last time you’ll see me for a while. A lot of very, very rich enemies, but they are not happy with what I’m doing.”

One can only imagine the sort of information that a President has access to, and whether or not this has played into Trump’s “enemies” definition.

Continue reading: President Trump: ‘This May Be the Last Time You’ll See Me for a While’ — Video ...