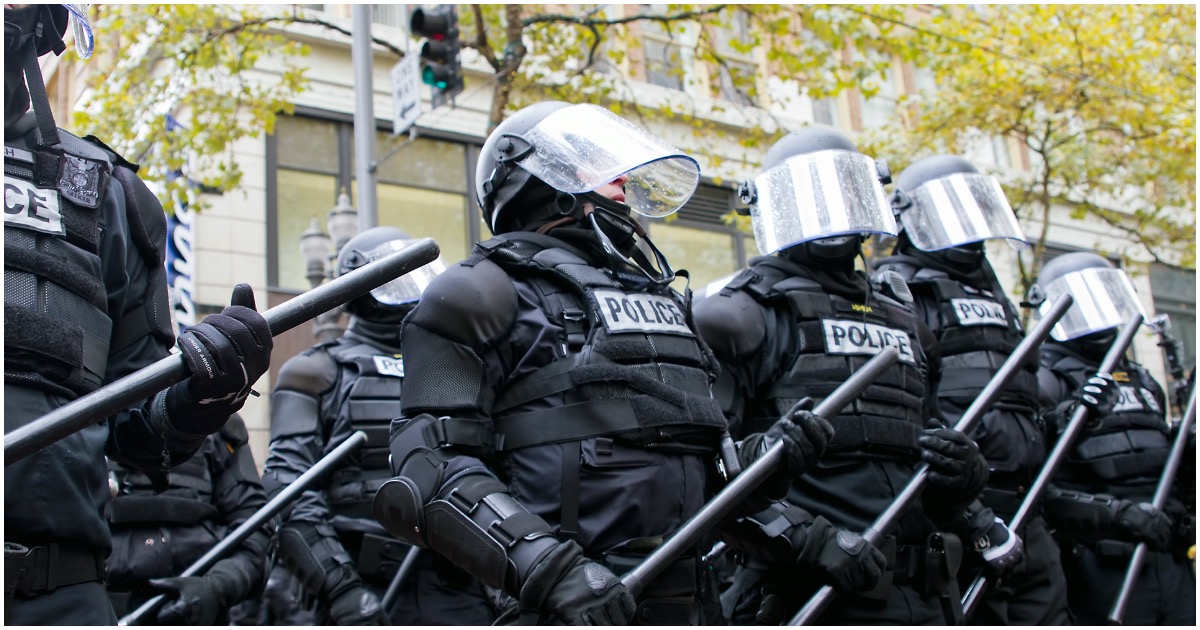 The following article, Portland Rioters Try to Blind Cops With Lasers, Throw Rocks & ‘Chunks of Concrete’ At Them, was first published on Flag And Cross.

When even the far-left mayor of Portland is telling radical leftist protesters to stop rioting, you know something’s up. These “antifa” goons are out of control.

What is the ultimate goal, here? to kill white cops to show that killing other people is wrong? Where’s the logic?

As police dispersed antifa rioters in SE Portland, they ran onto people’s property to hide from cops. One home owner goes out and tells them to get out. #PortlandRiots #antifa pic.twitter.com/qMi4KyGGYi

The dems/liberals define “peaceful demonstration”, but why all the destruction, looting, burning and injury to Americans not being part of the criminal actions….

The protests are peaceful until it happens to the politicians . Then they’re violent and they need the police that they want to defund . Cops should hit the local precinct for a bathroom and snack break before slowly proceeding to the call .