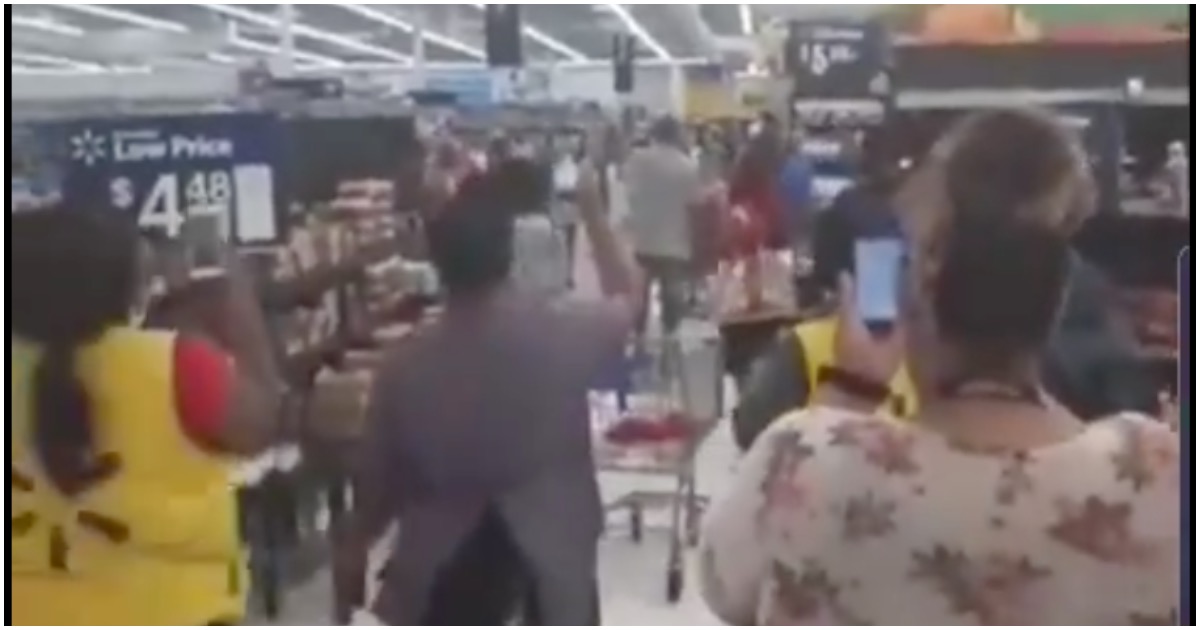 The following article, VIDEO: Worshippers Attend Service Inside Walmart Since They Can’t Meet At Their Church, was first published on Flag And Cross.

He is everywhere – even inside a random Walmart in North Versailles, Pennsylvania. The clip you’ll see below went viral for all the right reasons.

A video of a worship service happening inside a Walmart, reportedly in North Versailles, Pennsylvania, has the internet chirping. The churchgoers took to Walmart to come together in worship, as churches have been closed, but Walmarts are open.

This church organized a worship service at Wal-mart since it wasn't allowed to gather anywhere else.pic.twitter.com/LWfsGWUOSD

Continue reading: VIDEO: Worshippers Attend Service Inside Walmart Since They Can’t Meet At Their Church ...

So, stuff it dems.