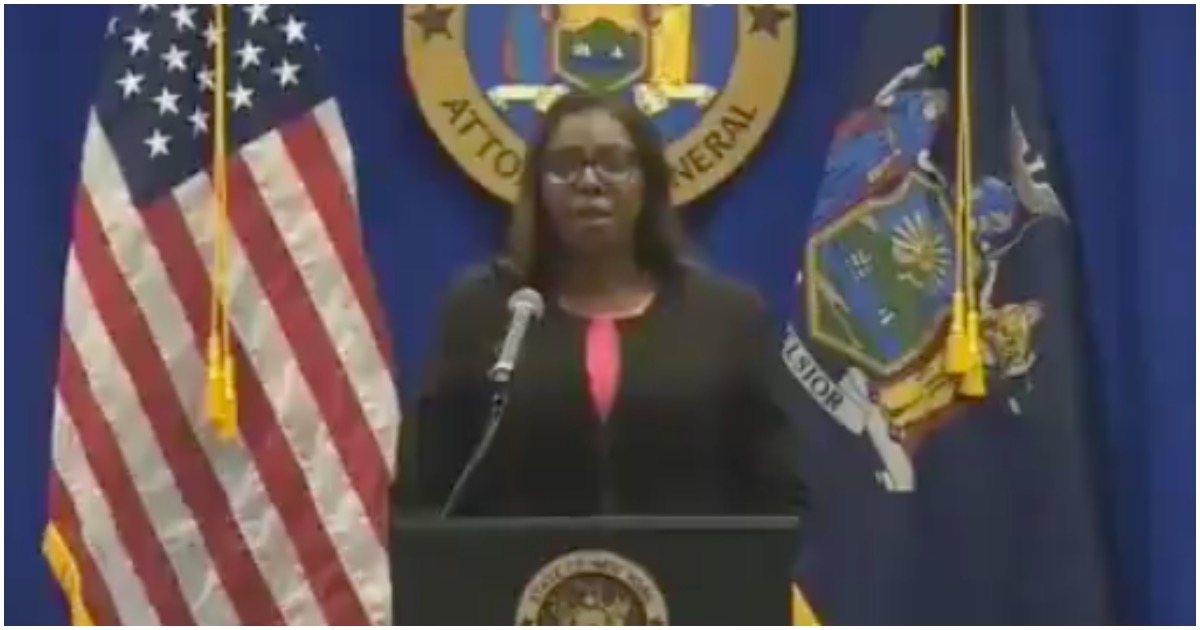 When Congressional Republicans tried standing up to Barack Obama, they were deemed evil and racist for going against the president. The problem was that Obama’s policies were bad for the country. Therefore, it made sense for the GOP to do try and act.

When it comes to going after the National Rifle Association, which hasn’t done anything wrong, things just don’t add up. However, since the organization backs President Trump, something must be done.

New York Attorney General Letitia James announced Thursday that her office has filed a lawsuit against the National Rifle Association and its leadership, including Executive Vice President Wayne LaPierre, looking to dissolve the organization.

James accused the organization of having “a culture of self-dealing,” taking millions of dollars for personal use and granting contracts that benefited leaders’ family and associates.

President Trump is asked about the NY AG's lawsuit against the NRA:

"The NRA should move to Texas and lead a very good and beautiful life." pic.twitter.com/8DcVTfRUcS

And here’s just something to keep in mind…

into whether they had done anything wrong shows that her investigation was biased towards finding anything she could. It is an abuse of her office to single out a charity based on her personal dislike of their positions, and it also shows that people need to be very skeptical…

of any claims that she makes. Even before her election to office and before she had any evidence of wrongdoing on the NRA’s part she promised to “investigate to see whether or not they have in fact complied with the not-for-profit law in the state of New York.”…

The State of New York is trying to bleed the NRA dry financially by imposing large legal costs of them now for years. They are aiming these attacks right now to influence the election. With all the media bias out there and Michael Bloomberg and other billionaires spending …

literally hundreds of millions of dollars pushing gun control, this is just part of a many prong attack on private gun ownership in what will be the most important election ever on this issue.

But of course, the dems are fighting hard to disarm Americans as their communist game-plan requires a dis-armed America to turn us into communism. And the NRA is leading the resistance. MAGA by voting out these un-American communistic democrat politicians.