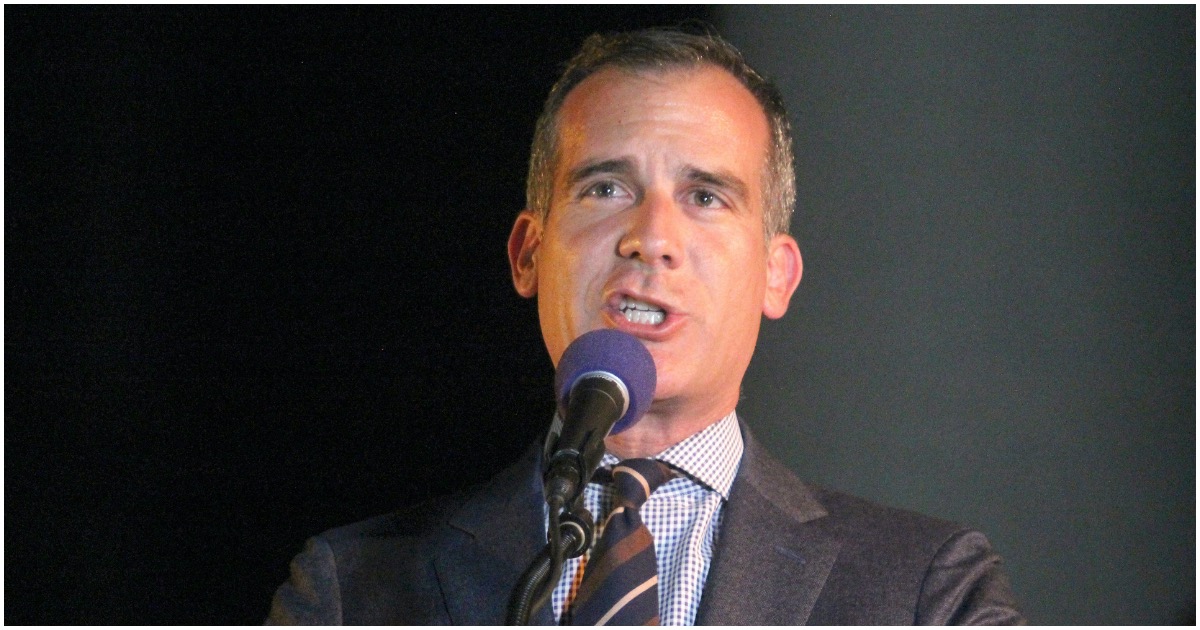 The following article, Los Angeles Will Have City Shut Off Power & Water to Homes That Throw Large Parties, was first published on Flag And Cross.

Los Angeles residentes knew what they were in for when they elected Eric Garcetti mayor. Remember, this is a state that also put Ted Lieu, Nancy Pelosi, Kamala Harris, Adam Schiff, and countless other far-left hacks in office, as well.

So, they were kind of asking for what they’re now getting from Garcetti.

On Wednesday, the mayor made a major announcement about shutting off water and power that sounds like it would take place in a third-world nation – not the United States of America.

BREAKING: L.A. Mayor Eric Garcetti announces he is authorizing the city to shut off water and power to any houses or businesses that are hosting any parties or unauthorized large gatherings. It will begin Friday night, and LAPD will respond, then contact DWP to cut it off @FOXLA

On Saturday, Los Angeles Mayor Eric Garcetti stressed during a press conference pertaining to the ongoing riots that the city would not “call in the National Guard.” A short while later, Garcetti tweeted that “the California National Guard” was coming to LA.

Here’s what Garcetti said at first, “No. I spoke with the governor earlier today. This is not a city – this is not 1992. We’re not going to evoke what happened then and call in the National Guard, but that’s also on all of us. Let’s just all deescalate. We’ve trained police officers to learn more and more about deescalation, and we still have more to do, but all of us as human beings can deescalate. You can escalate without a weapon. You can provoke without a baton. So, let us all deescalate, and no, I do not anticipate in any way needing to call in [the] National Guard. We got this, Los Angeles. Let’s show our better angels.”

The California National Guard is being deployed to Los Angeles overnight to support our local response to maintain peace and safety on the streets of our city.