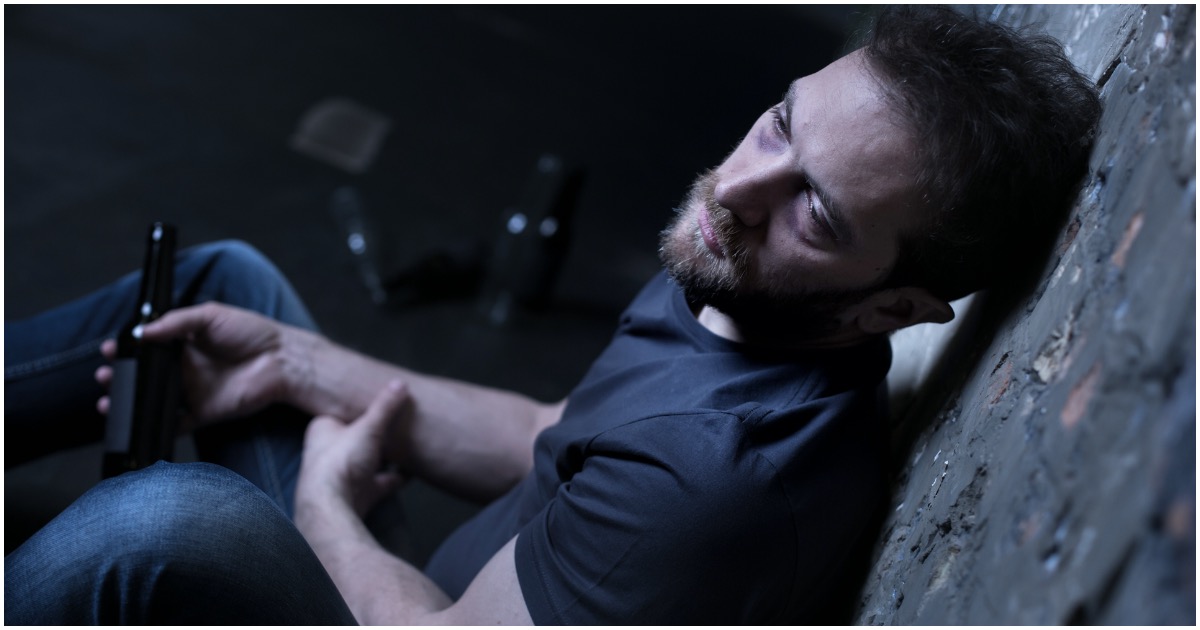 The following article, Alcoholics and Drug Addicts Don’t Lose Control – EVER!, was first published on Flag And Cross.

People with substance use issues – no matter how severe – do not lose control of their consumption, ever. This is a bold statement, and you may not believe it. We have to be careful here because we need to understand what control means when I say a person doesn’t lose it. We are not talking about motor functions when drunk or high. Obviously if you drink enough or drug enough there will be a loss or a modification of physical motor function. If we are nearing overdose levels, we might say the individual is losing control of their body’s normal functions. I don’t disagree with this self evident reality. But what I’m specifically referring to when I say “lose control” is that the individual loses the ability to stop themselves from taking another hit, dose, or drink; that they are compelled to continue use beyond their mental and emotional capacity to say no to taking in more substances. In the book, The Freedom Model for Addictions, Escape the Treatment and Recovery Trap, the pioneering addiction researcher, Dr. Alan Marlatt is quoted describing this myth:

“Adherents of the disease model posit that the alcoholic’s ingestion of any alcohol activates an underlying addictive craving for more alcohol that is impossible to resist. According to this approach, it is impossible for alcoholics to ever control their drinking.”

Again, the idea expressed in Marlatt’s quote – the idea of a loss of control – is a myth.

“In the quote above, Marlatt is describing Alcoholics Anonymous’ theory that alcoholics have an allergy to alcohol whereby any ingestion of any amount of alcohol begets a physiological response that then causes further unstoppable involuntary drinking. It’s summed up in the slogan “one drink equals a drunk,” and by the general belief that once a so-called addict or alcoholic starts drinking, they cannot stop using until they are forced to by some force or condition outside themselves. The same logic was also eventually applied to other drugs.

This theory is the basis of the widely believed myth that moderation is impossible for those deemed to be addicts. If true, it means that addicts have only two options for substance use – either abstain or use substances recklessly and disastrously. One good thing about this theory is that it’s coherently stated and lays out clearly testable terms. The theory states that addicts and alcoholics have some biological/genetic flaw that causes the allergic/loss of control reaction, and that choice is not possible once a drug enters the system of an addiction victim.

Think of what happens when someone with a nut allergy eats a dish without realizing that it contains nuts. It’s very simple, their symptoms occur regardless of their knowledge. They may swell up, have trouble breathing, and even go into shock. If “uncontrolled” drinking/drugging is the same sort of biological reaction, then we can test it by giving an addict their problem drug without their knowledge and see what happens. If they respond by relentlessly seeking the drug, or express a sudden burst of intense craving, then there’s something to the theory. If not, then it can’t be a physiological reaction like an allergy, and there must be something else going on. This is exactly what Marlatt did in a now legendary 1973 experiment. Here’s how one review summed up the simple experiment:

“Nonabstinent alcoholics and social drinkers were given either alcoholic (vodka and tonic) or nonalcoholic beverages (tonic only) in a taste-rating task. In each condition, half the subjects expected to drink alcohol and half tonic. Consumption increased only when subjects expected alcohol, regardless of actual beverage content.” (Marlatt, 1985)

The test subjects had access to pitchers full of the drinks from which they were told they could have as much as they wanted. The researchers came up with a mixture of alcohol that could not be detected by taste. If the allergy model were true, then the presence of alcohol in the mixture should have resulted in more drinking. In fact, consumption only increased when test subjects were led to believe they were drinking alcohol, but it did not increase when they were led to believe they weren’t drinking alcohol. This gets right to the core of the idea of an allergy-based loss of control and disproves it. Again, someone with a nut allergy doesn’t need to know that they’ve eaten nuts to have the allergic reaction – yet an alcoholic does need to know that they’ve had alcohol in order to react “alcoholically.”

This experiment wasn’t the first of its kind; it was just one variation of several “priming dose” experiments carried out since the 1960s. They’re called priming dose studies because the addict is “primed” with a first dose, and then his response to that “first drink/hit” is observed and measured. Remember, the theory goes that a single drink or hit is supposed to trigger uncontrollable craving and substance use, and that the “addict/alcoholic” has no choice in the matter after that point.

The earliest priming dose experiment mentioned in the research literature was carried out in 1966. Here it is as described by Nick Heather and Ian Robertson in Controlled Drinking, a book which covered many such studies:

“…nine inpatients diagnosed as gamma alcoholics with loss of control were given one fluid ounce of vodka disguised in orange juice and presented to subjects as a vitamin drink at breakfast. Pilot work had established that the presence of vodka in the mixture was impossible to detect. In the control condition a similar proportion of water replaced vodka in the mixture. Subjects acted as their own controls and were given either mixture in two-day sequences over sixteen days. During the late morning of each day of the experiment subjects were asked to record any degree of craving experienced on a simple five-point scale (no craving, slight, moderate, strong, very strong craving) by nursing staff who were unaware of the purpose of the experiment and of the fact that alcohol was being secretly administered to patients. The results showed no difference in average craving scores between the alcoholic and nonalcoholic mixtures. There was also no significant difference in the number of occasions when any craving was experienced; indeed, there were slightly more such occasions following the nonalcoholic mixture.” (p.97)

In this variation of the experiment, the test subjects didn’t have direct access to more alcohol, but the desire for alcohol (craving) was measured and didn’t increase after the first drink. So now we see both parts of the equation represented in two controlled experiments. When alcoholics don’t realize they’ve taken alcohol, they don’t crave more, nor do they actually drink more when given the chance. Several other experiments with slightly different designs all show the same basic results, which are, plainly stated, that alcohol doesn’t pharmacologically trigger increased craving and drinking. Where the increase is seen, it’s a product of expectancies and other cognitive factors – not biology. Drinkers are craving and choosing as a result of what they think and believe, which means that they’re choosing.”

If we face the facts that this research so clearly represents, the only conclusion we can come up with is that anyone with a drinking or drug problem can stop or moderate their use, at will, and that they do so when they see that it is the happier option than continuing heavy use. This research also eliminates the addiction disease argument, as without a loss of control, which is the main characteristic of the addiction disease model; there isn’t much for that theory to hang its hat upon. And in the final analysis, all of this opens the door to freedom; the freedom to choose what’s best for ourselves without the need for any of the disease-based treatment, rehabs, or recovery. You really can just decide to change your habits, and then move on.

If you want to know more about becoming free whether that’s through abstinence or moderate use, you can get your free abridged copy of The Freedom Model for Addictions, Escape the Treatment and Recovery Trap at The Freedom Model’s website here www.thefreedommodel.org

If you would like to get away and learn the Freedom Model with a certified FM Instructor in a residential retreat setting at The Saint Jude Retreat, call the number above, or go to www.soberforever.net
If you want to learn about The Freedom Model Private Instruction Program, a program you take from the safety and comfort of home, go to www.leaveaddictionbehind.com