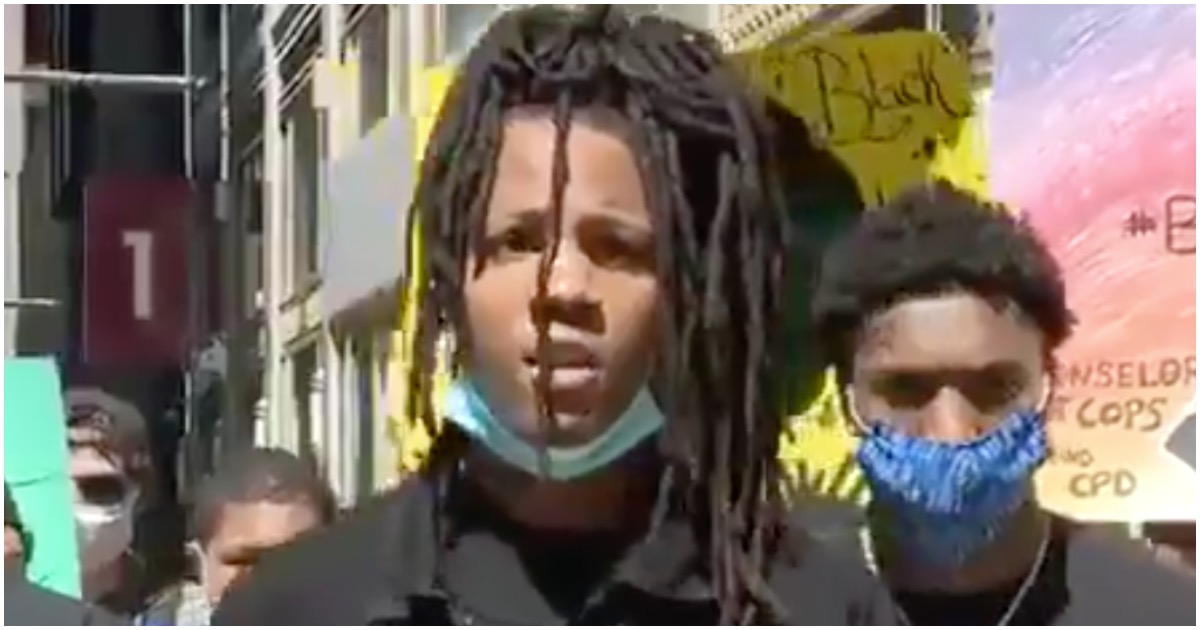 The following article, Teen Activist Who Wanted Cops Gone From Schools & Police Defunded Found Shot In the Head, was first published on Flag And Cross.

This is a sad story, no matter what side of the political aisle you’re on. Sure, teenage activist Caleb Reed wanted the police defunded and cops removed from schools – but that’s because he wasn’t taught well by his elders.

The fact that he was found dead, shot in the head, is simply mind-blowing.

Naturally, this happened in Democrat-controlled Chicago.

A student leader with a youth activist group that has been prominent in the push to remove police from Chicago Public Schools died Sunday morning after he was shot two days earlier in the West Rogers Park neighborhood.

Caleb Reed, a 17-year-old junior at Mather High School on the North Side, just weeks earlier had spoken about his traumatic experience with officers at his school at a news conference with public officials ahead of a Board of Education vote on a $33 million contract with the Chicago Police Department.

Late last week, officers found Reed lying on a sidewalk about 1 p.m. Friday in the 1900 block of West Granville Avenue, authorities said. He had been shot in the head and was taken to St. Francis Hospital in Evanston, according to Chicago police.

Caleb lived and was shot in our ward this weekend. He was a light in our community that was extinguished too soon. We need to address the root causes of #GunViolence so that we stop losing our people. I ask that people help continue the work he was doing and pray for the family. https://t.co/WFWv9DXY2Z

This is Caleb Reed, a Freedom Fighter, speaking at a press conference in early June demanding #CopsOutCPS.

Such a beautiful soul. Rest in peace. pic.twitter.com/3JJWRP6uVq

Aw, too bad, and I guess we are to feel sorry?? But did the city send out some civilian social workers to investigate?