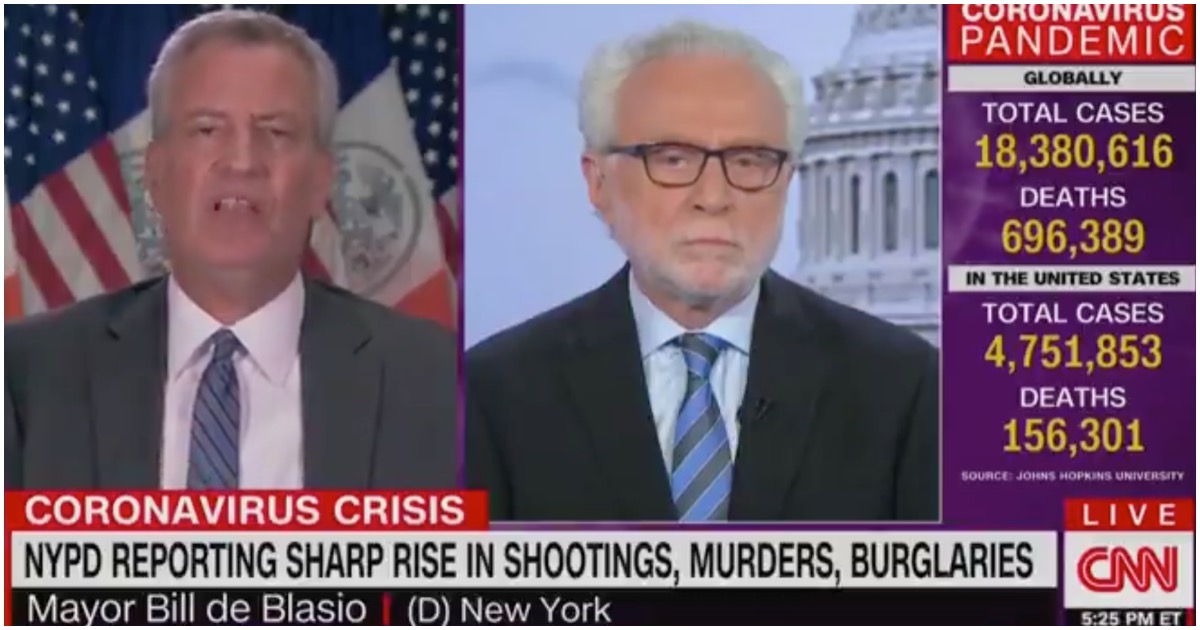 The following article, If NYC Doesn’t Get Federal Bailout, De Blasio Set to Lay Off Over 20,000 City Employees, was first published on Flag And Cross.

The Democrat way: cause massive problems (or refuse to fix them), then demand more and more money to cover the problem like a band-aid – knowing full well how easily it can peel off.

New Yorkers, what were you thinking when you put this guy in office?

Want a do-over or what?

.@NYCMayor: I’m laying off 22,000 city workers if the feds don’t give us a bailout pic.twitter.com/iWkSh4N8yJ

Barbot, in the resignation letter she submitted Tuesday morning, said the Health Department’s expertise was not sufficiently tapped.

“I leave my post today with deep disappointment that during the most critical public health crisis in our lifetime, that the Health Department’s incomparable disease control expertise was not used to the degree it could have been.”

Do the right thing and resign, Bill. Enough is enough.

Do whatever you think best de blasio, but we taxpayers are not going to ‘bail out’ your incompetence and insanity.