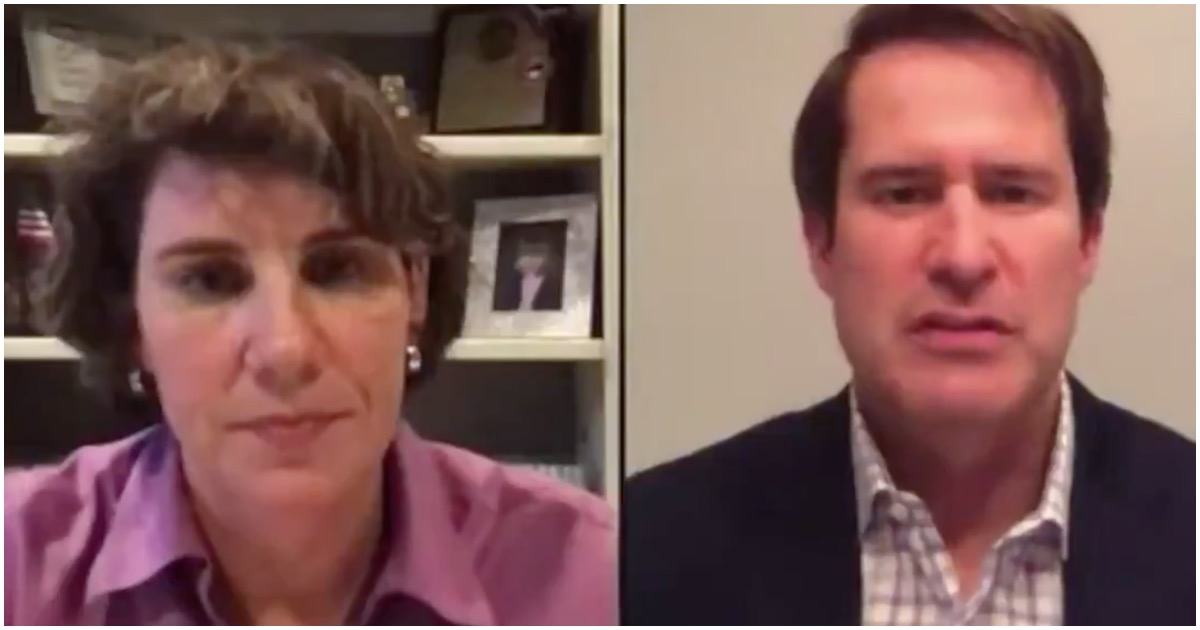 The following article, Dem Lawmaker: People In Red States ‘Getting What Was Coming to Them’ With COVID-19, was first published on Flag And Cross.

Democrats are not kind people. At the same time, it’s as if they work hard at remaining ignorant – and they’re good at it. Seth Moulton of Massachusetts is one of the worst.

Rep. Seth Moulton (D-MA) suggested late last week that predominately Republican states are getting what’s coming to them in regards to COVID-19 because he claims that those states ignored science and medical advice regarding measures like social distancing and wearing masks. So far, the virus has killed over 150,000 Americans.

Moulton, who ran an unsuccessful campaign for president during this current election cycle, made the remarks during an online conversation with Amy McGrath, a Democrat who is running against Senate Majority Leader Mitch McConnell in Kentucky.

This is the latest liberal philosophy in regards to coronavirus: "Red states are, you know, they kind of — they’re getting what was coming to them" pic.twitter.com/Zmjb0V4FXi

The left absolutely loves freedom of speech when their opinions are taken as fact. The thing is, facts don’t lie. Some bigwigs in Silicon Valley thought it prudent to go HAM on a conservative issue.

Facebook has removed a video posted by Breitbart News earlier today, which was the top-performing Facebook post in the world Monday afternoon, of a press conference in D.C. held by the group America’s Frontline Doctors and organized and spsored by the Tea Party Patriots. The press conference featured Rep. Ralph Norman (R-SC) and frontline doctors sharing their views and opinions on coronavirus and the medical response to the pandemic. YouTube (which is owned by Google) and Twitter subsequently removed footage of the press conference as well.

The video accumulated over 17 million views during the eight hours it was hosted on Facebook, with over 185,000 concurrent viewers.

Yes, we removed it for sharing false information about cures and treatments for COVID-19.

Also, one other thing to note. We're showing messages in News Feed to people who have reacted to, commented on or shared harmful COVID-19-related misinformation that we have removed, connecting them to myths debunked by the WHO.

It’s getting rough out there, y’all.

Continue reading: Dem Lawmaker: People In Red States ‘Getting What Was Coming to Them’ With COVID-19 ...

Hey dems, look around, seems to be those states & cities controlled by liberals that are having the most problems.

Since when is New York a red state? The old folks ”’death camps” are a Democrat experiment in population reduction.