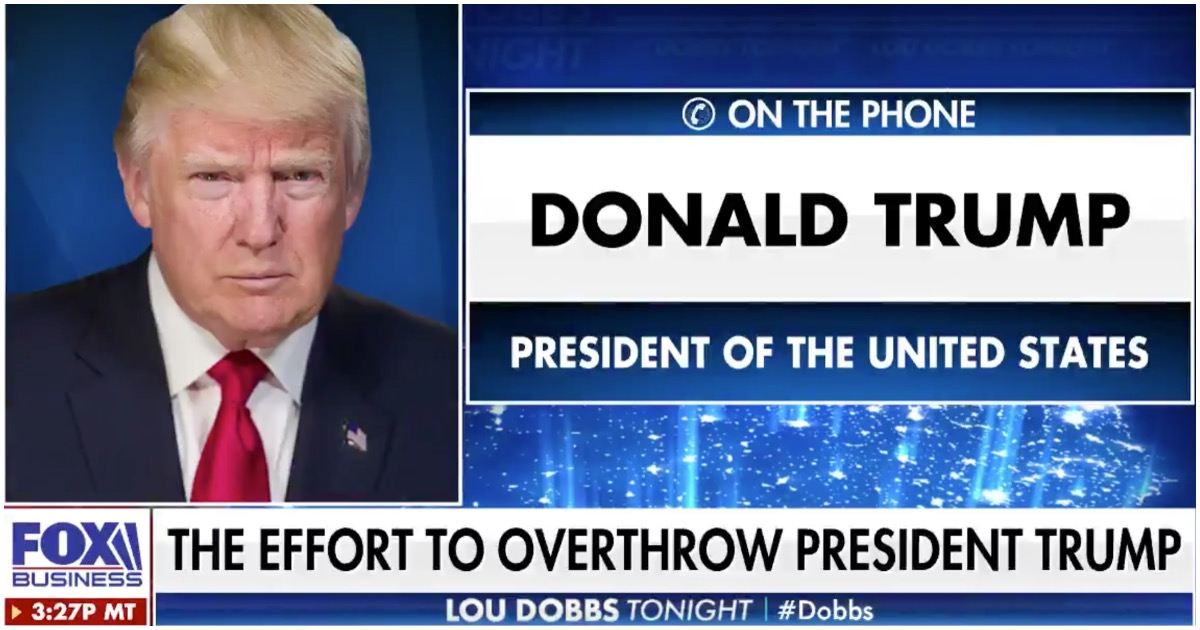 The following article, ‘Breathtaking’ — Trump Has ‘Caught’ Obama & Biden Spying On Campaign, ‘Now It’s Up to’ Barr, was first published on Flag And Cross.

Everybody knows that the Obama administration was beyond corrupt. The malfeasance was simply rampant; on an epic scale. Biden and Barack did everything in their power to crush candidate and president-elect Donald Trump.

As if diving the nation for eight full years wasn’t enough, right?

Obama was involved in the whole Trump/Russia conspiracy from the jump. Here’s the scoop, via Fox News:

AG Barr has already said Obama was not under investigation. That tells everyone in the world he (Obama) will not be charged with anything; even though, we all know he is the one who initiated the Russian Collusion thing to undermine President Trump. AG Barr does not want to start a “tit for tat” with the Democrats. Obama is a very devious person who has gotten away with crimes all his life. He lies even when the truth is the best answer and everyone knows he is lying. Remember, he sicked the IRS on Republicans and Lois Lerner was allowed… Read more »