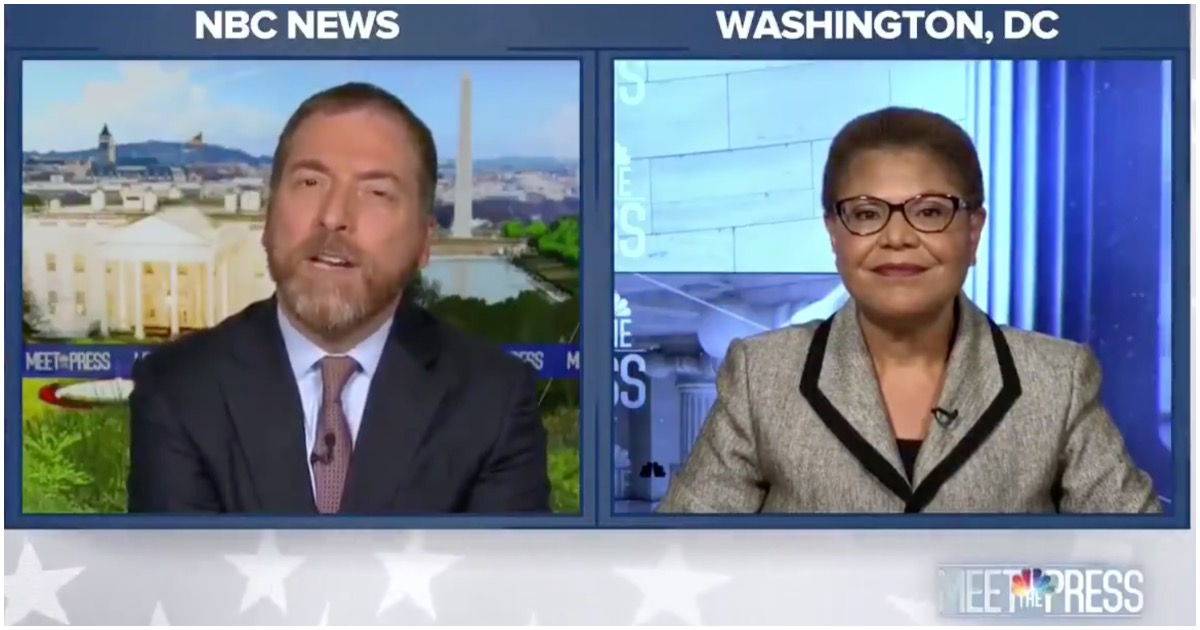 The following article, Potential Biden VP Pick Praised Communist Fidel Castro – ‘A Great Loss to the People of Cuba’, was first published on Flag And Cross.

She has long been an admirer of radical communist murderer and racist, Fidel Castro. Now, she is considered to be a top VP pick for Joe Biden.

Talk about failing your way to the top.

Rep. Karen Bass (D-CA) made a puzzling remark on Sunday during an appearance on NBC News’ “Meet The Press” when asked about her prior comments on Cuban communist leader Fidel Castro – comments that threaten to derail her prospects as a potential running mate for Joe Biden on the Democratic ticket this November.

The segment comes after Bass was involved in leftist activism in communist Cuba in the 1970s and said in 2016, following the death of communist leader Fidel Castro, “the passing of the Comandante en Jefe is a great loss to the people of Cuba.”

Chuck Todd: "There's many people who believe that the Castro regime…was stifling their freedom, that actually getting rid of Castro might have been a celebration to some."

People who have lived under socialist rule understand that it is very, very bad. In a nutshell, what socialism means is that all people suffer equally.

Also, there’s no chance for advancement unless you know someone who knows someone. And failed presidential candidate Bernie Sanders (I-VT) is all about it.

One particular CNN contributor wasn’t pleased with Bernie’s praise of the Castro regime, as she knows what socialism is truly all about.

Left-wing CNN political commentator Ana Navarro ripped socialist Bernie Sanders following the Democrats’ debate on Tuesday over his continued praise of communist dictators, saying that there is “no f***ing bright side.”

Navarro’s remarks came after Sanders has repeatedly defended his praise of murderous Cuban communist dictator Fidel Castro this week by falsely claiming that he made the Cuban people literate – they already had a high literacy rate.

I was born in Nicaragua. My parents live there.
My husband was born in Cuba.
Castros & Ortega are corrupt, anti-American, murderous thugs. They jail, kill, torture, starve, beat, persecute political dissidents while enriching themselves.

There is no fucking bright side.

Would be laughable, except these people are looking at these people to be possible VP of America. Seems the only possible qualifaction is the gender & race. And these flawed politicians have to be the ‘cream of the crop of liberals’?