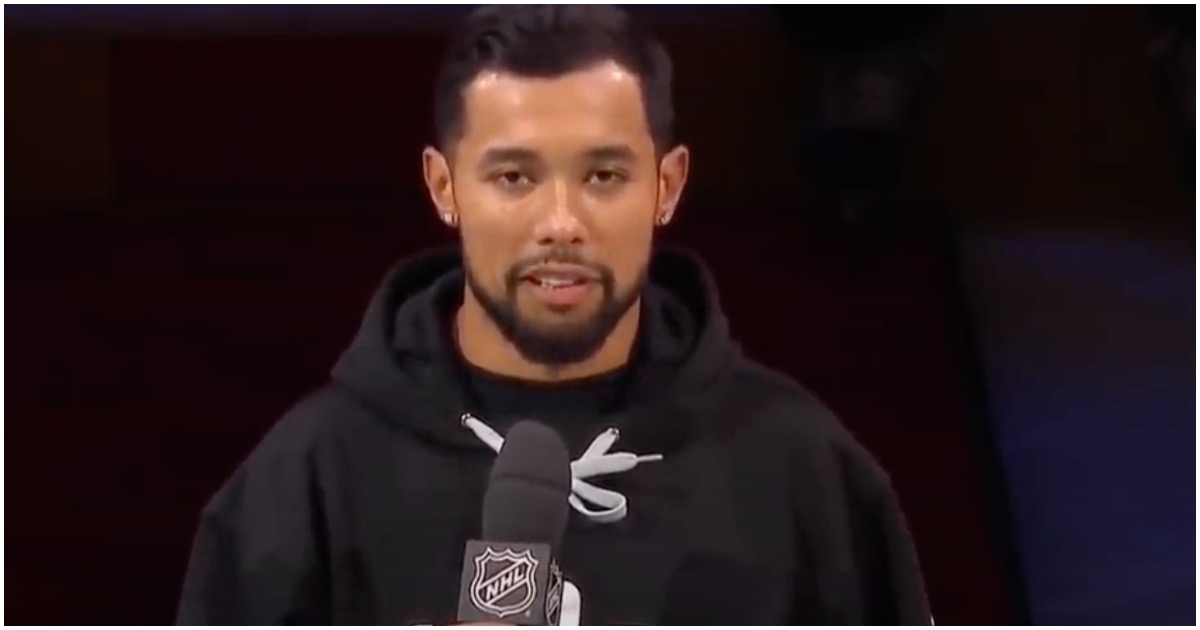 The following article, Canadian Hockey Player Kneels for US National Anthem, But Stands for Canada’s Anthem, was first published on Flag And Cross.

Canadian hockey player Mathew Dumba must’ve forgotten about the past of his prime minister. You remember, right — those pictures that resurfaced of Justin Trudeau in blackface?

We’ll take a look at those again in a minute.

But first, watch as the Minnesota Wild defenseman takes a knee for the US National Anthem but stands for Canada’s.

So a Canadian took a knee for the US anthem but stood for the Canadian anthem so we can end racism. Here is the Canadian leader pic.twitter.com/JCGt5sj0im

Justin Trudeau, Canada’s prime minister, wore brownface makeup to a party at the private school where he was teaching in the spring of 2001. TIME has obtained a photograph of the incident.

The photograph has not been previously reported. The picture was taken at an “Arabian Nights”-themed gala. It shows Trudeau, then the 29-year-old son of the late former Prime Minister Pierre Trudeau, wearing a turban and robes with his face, neck and hands completely darkened. The photograph appears in the 2000-2001 yearbook of West Point Grey Academy, a private day school where Trudeau was a teacher.

Earlier this month, TIME obtained a copy of the yearbook, The View, with the photograph of Trudeau in brownface from Vancouver businessman Michael Adamson, who was part of the West Point Grey Academy community. Adamson was not at the party, which was attended by school faculty, administrators and parents of students. He said that he first saw the photograph in July and felt it should be made public.

When you agree with your leader, you will stand for your country.

Hockey is off the list of watchable sports . Nice going Bettman . The pandered overpaid dipshits are not being watched or financially supported by me anymore .