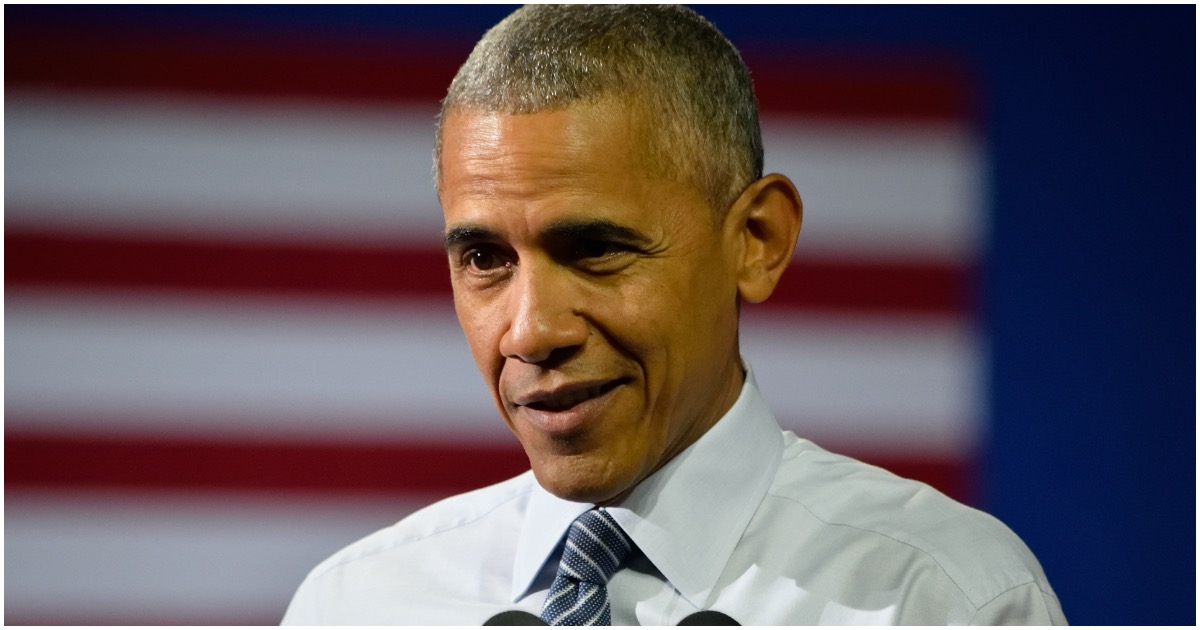 The following article, Obama Alludes to 1940’s Germany When Referring to Trump Supporters During Private Call, was first published on Flag And Cross.

Oh, Barack Obama. A name, a voice, a face most people don’t miss saying, hearing, or looking at – whether they’ll come out and admit it or not. What that man did to America for nearly one full decade will go down in history, but not for good reasons.

On Friday, it was reported that Barack alluded Nazi Germany when referring to President Trump’s base.

Isn’t he just the sweetest guy!?

Former President Obama took aim at President Donald Trump’s base during a private phone call Tuesday with Democratic donors, and reportedly even alluded to Nazi Germany when he claimed Trump is consciously tapping into their fears and redirecting them “in nativist, racist, sexist ways.”

According to The New York Times, people who took notes of Obama’s comments during a Zoom call with actor George Clooney, Democratic Illinois Gov. J.B. Pritzker, and high-paying donors maintain that the former president also claimed that the idea of voter suppression influencing the 2020 presidential election keeps him up at night. The Zoom call on Tuesday sold out of tickets ranging from $250 to $250,000.

Regarding Trump’s base, Obama said, “It’s just glued to Fox News and Breitbart and Limbaugh and just this conservative echo chamber — and so, they’re going to turn out to vote. What he has unleashed and what he continues to try to tap into is the fears and anger and resentment of people who, in some cases, really are having a tough time and have seen their prospects, or communities where they left, declining. And Trump tries to tap into that and redirect in nativist, racist, sexist ways.”

Obama also appeared to obliquely reference the Third Reich to warn where such “darker impulses” might propel the nation if left unchecked. “The endpoint of that we saw in Europe 60 years ago, 70 years ago — what happens when those things get unleashed,” he said. “You don’t nip that in the bud, bad things can happen. Among the most quote unquote civilized societies.”

Here’s Barry at the funeral of Rep. John Lewis…

"There are those in power who are doing their darndest to discourage people from voting … attacking our voting rights … even undermining the postal service in run-up to an election that's going to be dependent on mail-in ballots so people don’t get sick!” pic.twitter.com/onKmkIXWau

Give it up, 44. People are done with your shtick.

obummer and the other dem/socialists fail to remember that those nazis they like to call as conservatives were in fact socialists and in a socialist dictatorship.