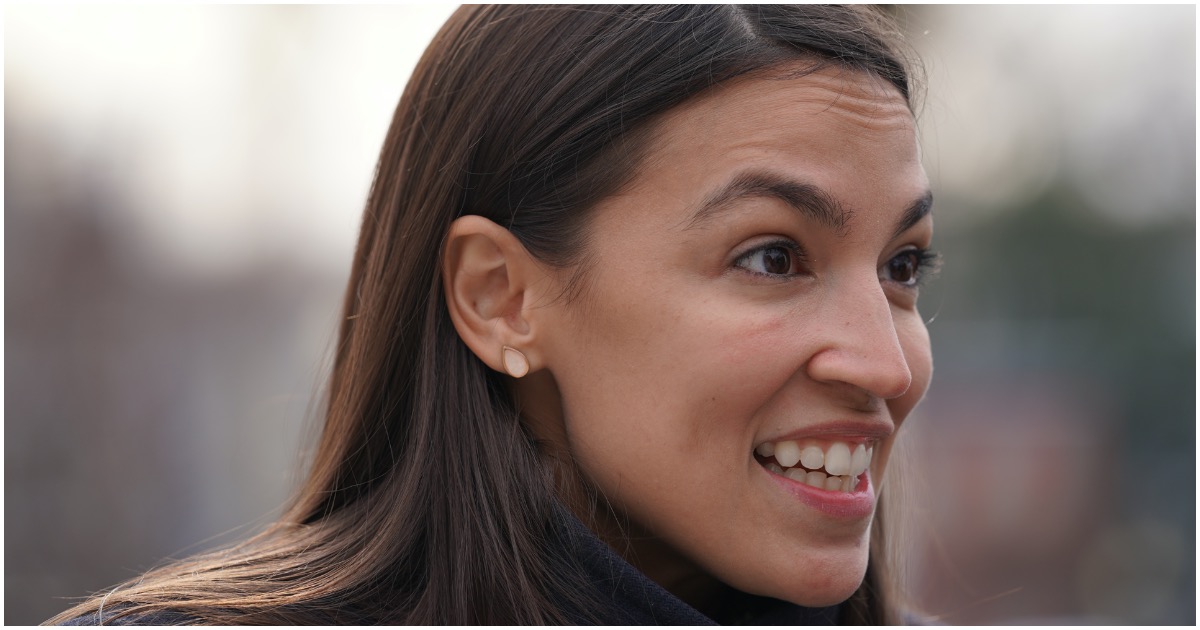 The following article, AOC on Statue of Catholic Saint In Capitol Building: This Is What ‘White Supremacist Culture Looks Like!’, was first published on Flag And Cross.

You have to work hard to be this ignorant. And Alexandria Ocasio-Cortez (D-NY) seems to take pride in being on a level, all her own. It’s as if she literally doesn’t understand anything.

Rep. Alexandria Ocasio-Cortez (D-NY) slammed the statue of a Roman Catholic saint that adorns the Capitol as an example of “what patriarchy and white supremacist culture looks like,” in a Thursday Instagram post.

Recording footage of a statue depicting Father Damien of Molokai, which is one of the two statues Hawaii has in the Capitol, Ocasio-Cortez explained her distaste for it, writing, “Even when we select figures to tell the stories of colonized places, it is the colonizers and settlers whose stories are told — and virtually no one else. Check out Hawaii’s statue.”

. @AOC calls the statue in the US capitol building of Father Damien, a canonized saint in the Catholic Church, a part of “white supremacist culture.”

Father Damien died of leprosy after spending his life serving others who had the disease. pic.twitter.com/NVnfCN7EVK

The graffiti on one wall on Fifth Avenue and 51st Street read “F–k F–k” in red letters. On an adjacent wall, vandals scrawled “BLM” — for Black Lives Matter — along with “NYPDK” in red letters and “No justice no peace” in black letters.

One of the stairs was spray-painted with “George Floyd” in black letters.

New York City tonight: “Protesters” desecrate St. Patrick’s Cathedral — one of the most sacred Catholic Churches in the world. pic.twitter.com/7KHueVmEw6

Continue reading: AOC on Statue of Catholic Saint In Capitol Building: This Is What ‘White Supremacist Culture Looks Like!’ ...

She’s beyond ignorant. I suppose she never sees any Black or Hispanic or Asian people go into these churches? They go on their own free will. God is no respecter of persons as he judges people by what is in their heart, not the color of their skin. AOC is racist to the core.

AOC God does exist and if I blasphemed like you I’d wonder what will eventually happen to me . Remember , shit happens .